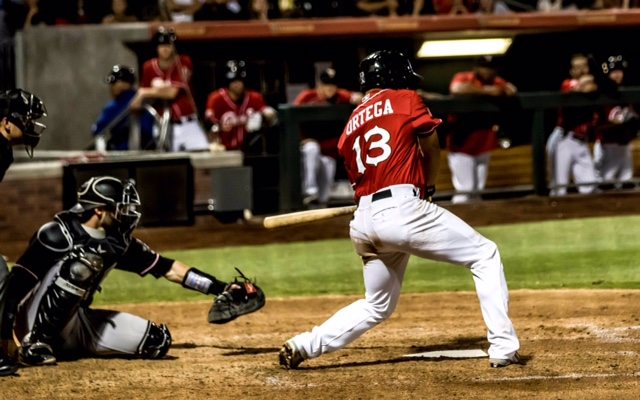 The El Paso Chihuahuas were held to two hits in their 5-2 loss to the Albuquerque Isotopes Friday night at Southwest University Park. It was only the fifth time in team history El Paso was limited to two hits.

Trailing 1-0 in the fourth inning, the Chihuahuas executed a double steal, with Carlos Asuaje running home from third on a throw to second base to tie the game.

El Paso went ahead one inning later on Franchy Cordero’s solo home run. It was the left-handed hitting Cordero’s fifth homer of the year, with three of them traveling out to left field.

The Chihuahuas lead was short-lived, as the Isotopes scored three runs in the sixth, highlighted by Jordan Patterson’s two run homer, his second longball of the series. Patterson had at least one RBI in all four games of the series.