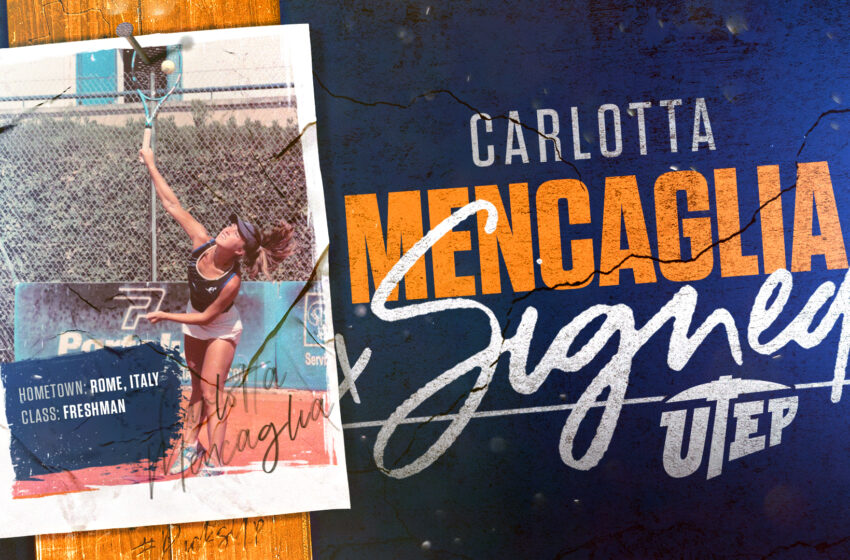 Carlotta Mencaglia from Rome, Italy, has signed with the UTEP tennis program. She will enroll at the school and begin competing with the Miners in January (2022). Mencaglia will have four years of eligibility with UTEP, and will join Elena Dibattista as the second Italian on the squad.

“We are very excited to have Carlotta join our UTEP tennis family for the spring 2022. She will bring a lot of tournament experience to our team. She is a fighter on the court with incredible variety. Her game will be well suited for the collegiate level. I know she will have an immediate impact in the lineup in both singles and doubles.” – UTEP head coach Ivan Fernandez

A brief profile on her, in addition to a quote from University of Texas at El Paso head coach Ivan Fernandez follows below.

Has competed in both Tennis Europe Tournaments and ITF Tournaments … also a member of the Italian Team at a Nation Cup U12 event … achieved a ranking of 74 in 2014 in Tennis Europe … she has been as high as 9.4 in UTR and has an Italian ranking of 2.4 … began playing tennis at the age of six … both of her parents played tennis, and her father has always been her coach.