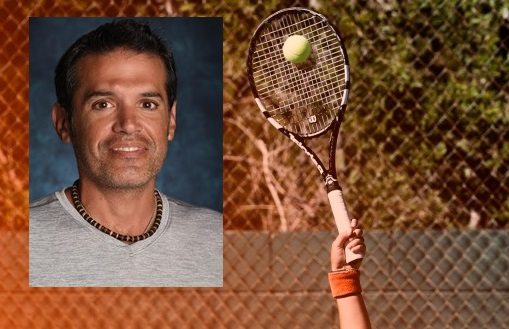 Ivan Fernandez, who served as head coach at NM State for the last seven years and led the Aggies to four consecutive berths in the Western Athletic Conference championship match, has been named women’s tennis head coach at UTEP.

“Ivan is a great fit for us,” said UTEP Director of Athletics Bob Stull.  “He has annually had NM State in the Western Athletic Conference championship picture, and he’s looking forward to leading UTEP Tennis to a new level of achievement.  He brings a built-in knowledge of our program and players that will allow him to really hit the ground running, recruiting and planning for the 2017-18 season.  He and his wife love this part of the country.  He’ll bring stability to our program and he can’t wait to get started.”

“After more than 15 years in collegiate coaching, I am very excited to be named the next women’s tennis head coach at UTEP,” Fernandez said.  “I bring many years of experience as a head coach and much-needed stability to a program with a great history.  I have been part of the tennis community in this area for the last 12 years and know how important the community is to the success of any program.  I am committed to returning UTEP tennis to its former glory and with the continued support of UTEP, Director of Athletics Bob Stull, and the entire athletic department, I know that I will be provided all of the resources necessary to achieve this goal.”

NM State boasted the WAC Player of the Year in 2016 (Ashvarya Shrivastav) and 2017 (Rimpledeep Kaur).  Kaur was first team All-WAC this past season.  The Aggies also had a first team All-Conference doubles tandem in Kaur and Marie-Pier Thiffault.  In 2010, NM State had the first nationally ranked doubles tandem in school history in Aleksa Costa and Sophia Marks.

Under his direction, NM State women’s tennis received a Public Recognition Award from the NCAA in May for posting a perfect 1,000 multiyear Academic Progress Rate (APR).  The Aggies fashioned a 3.5 grade point average, annually ranking among the best of the Aggie athletic teams in the classroom.

Fernandez also served as director of the NM State Tennis Center, which hosted the WAC Championship three times during his tenure as head coach.

Fernandez is a P1 Certified Tennis Professional with the United States Professional Tennis Association (USPTA) and has taught tennis since 1990.

A Puerto Rico native, Fernandez received his Bachelor of Arts degree in Psychology from St. Edward’s University in Austin, Texas in 1996.  His wife’s name is Lausanne.