Tuesday morning, Joe Moody, the current Speaker Pro Tempore of the Texas House of Representatives, announced his candidacy for Speaker of the chamber.

Choosing to announce on the morning of Election Day, Moody released the following statement:

“Before the day is done, Democrats will take the Texas House. After the encouragement of a broad array of colleagues around the state, I’m proud to announce that I intend to lead it as Speaker.

The pandemic, the unrest in cities across the state over race and policing, and the staggering political divide in this country make this a time of incredible challenges. That’s especially true for my hometown of El Paso, where so many brave people are literally fighting for their lives against COVID. Yet I believe it’s also a time of hope in which we can create something completely new in Texas government.

For as long as I’ve been involved in the House, the way it works has been impenetrable and transactional. Women, people of color, LGBTQ Texans, those from the border, and newer legislators of all backgrounds have largely been shut out of a process defined by the backroom dealings of an entrenched power elite at the Capitol.

Representation matters, and we’re going to correct that immediately—the face of Texas government will be far more diverse than it’s ever been—but it’s not enough to give new people a peek behind the curtain. We have to tear that curtain down forever.

The politics of anger, resentment, and division that we’ve been caught up in for years have an endgame I’ve seen firsthand. It was written in the blood of twenty-three people massacred in El Paso last year because of who they were and what they looked like. Now is the time to counter that with leadership rooted in respect, care, accessibility. I’ll lead the House by bringing people together and giving every member the opportunity to do good work within a fair, equitable, and transparent process. We’re going to rebuild trust in the House and of the House.

I have profound respect for the other announced candidates and don’t have one bad word to say about any of them. We’re a House that needs to heal after everything that’s gone on in the last two years, and that’s only going to happen if we come together. I look forward to working with the other candidates and with all members, especially the incoming ones bringing new passion and new perspective to the body. We need that now more than ever.

When the sun rises on a Democratic majority tomorrow, we’ll rightly celebrate an incredible morning for Texas and this country. What we do next is going to define countless tomorrows to come; this is a generational chance for change. I’m humbled to be part of that and ready to serve.” 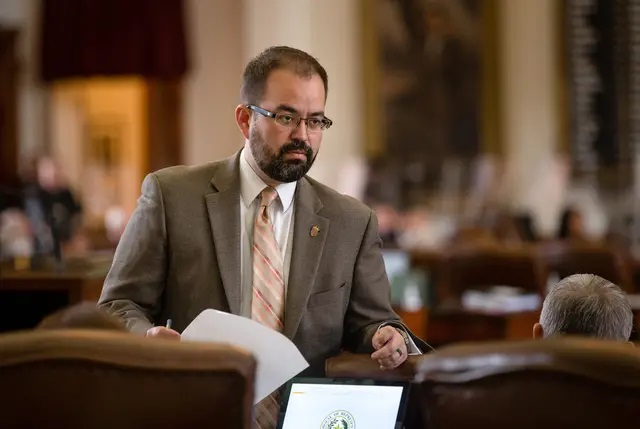