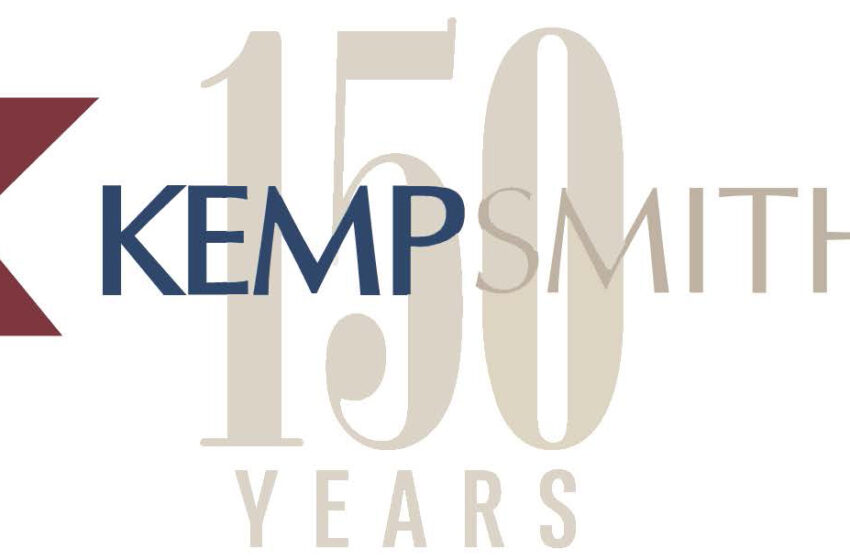 With the turn of the new year, the Kemp Smith law firm met a major milestone that less than two percent of American companies ever reach—its 150th anniversary.

The law firm now known as Kemp Smith LLP was founded in 1866 in Bryan, Texas after the Civil War by two ex-Confederate officers, Major Bennett Hillsman Davis and Captain Thomas Jeremiah Beall, at a time when the Old West was still the New West and the railroad was the future of transportation.

At 150 years of age, Kemp Smith is  the second oldest law firm in the entire State of Texas and the oldest and largest law firm in its principal city of El Paso, where Davis and Beall relocated to join their major client, the Southern Pacific Railroad, in 1881.

In celebration of reaching this 150-year milestone, and in appreciation for the longstanding reputation for excellence with our clients, our communities and the legal profession which has developed over that span, Kemp Smith is pleased to announce plans for a series of sesquicentennial anniversary events to take place in El Paso, Austin and Las Cruces at various times throughout the year as a sincere “thank you” to our clients, alumni, community partners and friends.

As part of the anniversary festivities, the firm will also collaborate with a different community non-profit organization each month, giving back to the communities we have been so fortunate to serve.

Further announcements about the specific events will be forthcoming.  The first community partner will be on behalf of the Center Against Sexual and Family Violence.