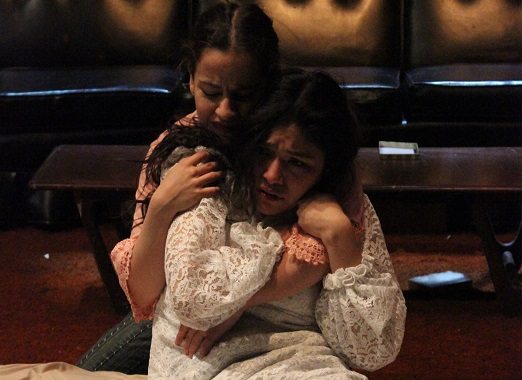 The University of Texas at El Paso’s production of “Lydia” has been selected to be performed at the Region 6 Kennedy Center American College Theater Festival.

Set in 1970’s El Paso, Lydia follows a U.S. family that hires the title character as an undocumented maid to care for their 15-year-old daughter with a disability. Lydia’s immediate and seemingly miraculous bond with the girl sets the entire family on a mysterious and shocking journey of secrets and discovery.

“Lydia” stars UTEP graduate Gabriela Torres as Cecilia. Torres earned her Bachelor of Fine Arts in 2017. She is pursuing her MFA at the Juilliard School.

The play was written by El Paso native Octavio Solis, who served as a cultural consultant for the 2017 Disney Pixar film, “Coco.”

Only seven productions from the region were invited to perform. The region consists of Texas, Arkansas, New Mexico, Oklahoma and Louisiana.

The festival is set for February 28-March 3, 2018, at Angelo State University in San Angelo, Texas.