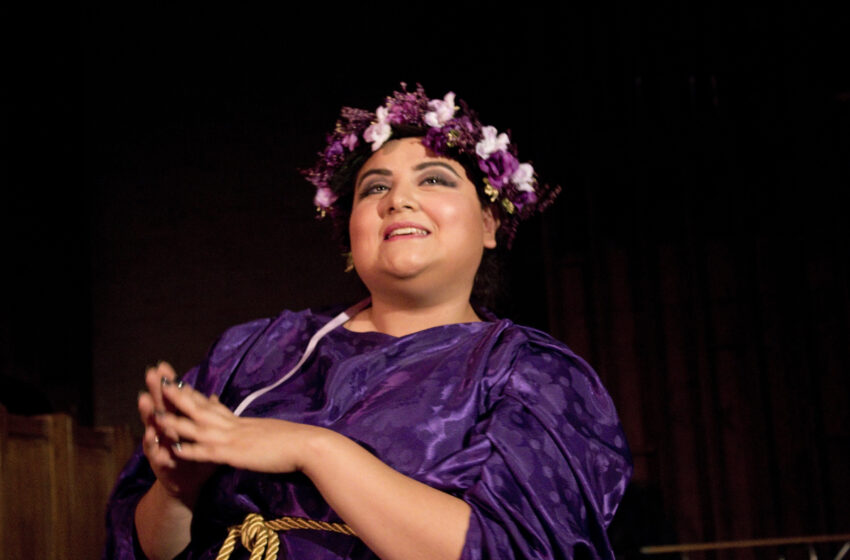 Tickets are $7 for adults, and $5 for student, military & senior citizens.

A harmonious land created by O the Doctor, the world of Razia is disrupted by an act of hate against two young lovers, Ahrima and Nidria.

This monstrous act – the world’s first murder – divides Razia by a massive mountain range in to two cursed halves – The Dark and The Light – both bound for demise.

Nearly a century later, Adakias from The Dark and Princess Anhura from The Light, meet and fall in love. They must journey to find one another and fulfill true love’s sacrifice, undoing the curse and reuniting the divided halves.

“Razia’s Shadow” was originally a conceptual rock musical album released by the indie-rock band Forgive Durden in 2008 on Fueled by Ramen/Atlantic Records.

It featured performances from bands such as Panic! At the Disco, Say Anything, Portugal, The Man Saves the Day, mewithoutYou, The Hush Sound, The Dear Hunter and others.

Drawing on a love for Broadway musicals and a childhood filled with Disney VHS tapes, writers (and

After a year of touring and performing “Razia’s Shadow,” Thomas wanted to bring the album to its next level – the stage.

With librettist Lonnie Angle on board, the trio continued developing the piece with the prestigious Public Theater of New York, exploring themes of tolerance, redemption, and the strength of the human spirit.

With the creative team now living in New York, the show was a finalist for the 2012 Yale Institute for Music Theatre, as well as NAMT’s Festival of New Musicals.

“The Doctor in Wonderland,” by Don Zolidis
Directed by Raul Chavez

May 12-28
“Mulan Jr.,” the Musical
Directed by Skyler Carreon