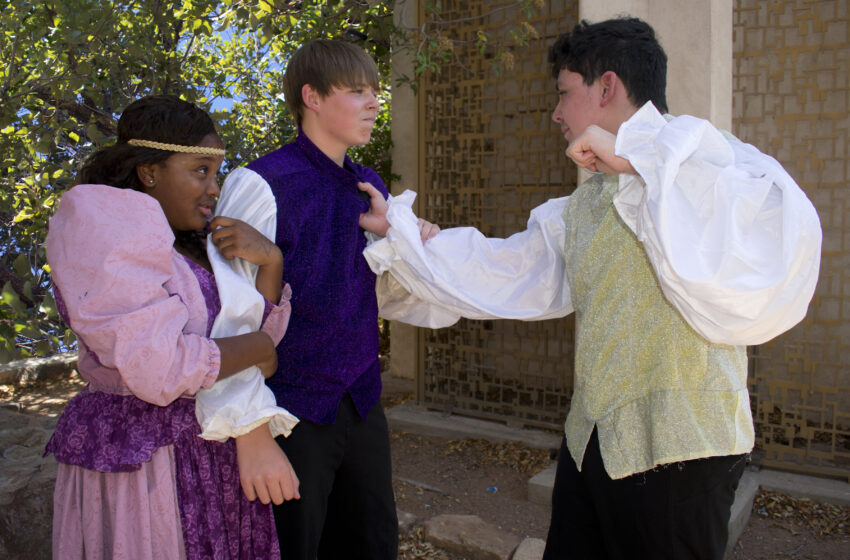 William Shakespeare’s most popular comedy -“A Midsummer Night’s Dream.” – will be performed by KIDS-N-CO.’s Production Camp next weekend.

Directed by Vanessa Keyser, this camp not only delved into acting and theater, it also introduced the young people to the work and language of Shakespeare.

KNC Officials shared, “Fairies, star-crossed lovers and rude mechanicals that want to put on a show – with all these different personalities, what could go wrong? Plenty, when a trickster is involved…it’s all in “A Midsummer Night’s Dream.”

“A Midsummer Night’s Dream” was written around 1594 or 95. It portrays the adventures of four young lovers and a group of amateur actors, their interactions with woodland fairies and a duke and duchess.

Taking place in a mythical Athens and an enchanted forest, there is a handsome fairy king, a misguided parent, star-crossed lovers, a weaver who’s transformed into a half-donkey, wood sprites and elves. This work is widely performed around the world, and no wonder – it’s about the world’s most popular pastime, falling in love. But as Puck knows, falling in love can make fools of us all.

Tickets are $5 for children, students, military, and senior citizens, and $7 for adults.