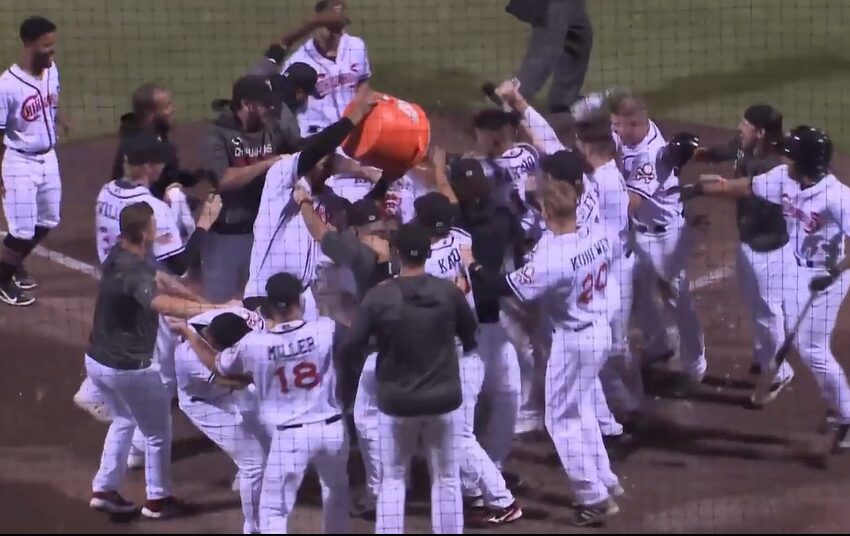 Patrick Kivlehan hit a game-ending grand slam Friday night to give the El Paso Chihuahuas a 9-8 win over the Round Rock Express.

It was El Paso’s first walk-off win of the season and the third walk-off grand slam in team history.

Kivlehan went 3-for-5 with two doubles, the grand slam and seven RBIs. Over his last 16 plate appearances, Kivlehan has reached base 13 times and has nine extra-base hits.

Tucupita Marcano reached base four times atop El Paso’s batting order Friday, going 3-for-4 with a walk and an RBI. Pedro Florimón went 2-for-4 with a solo home run and has a .382 batting average in June.

The Chihuahuas are now 4-4 against the Express this season.