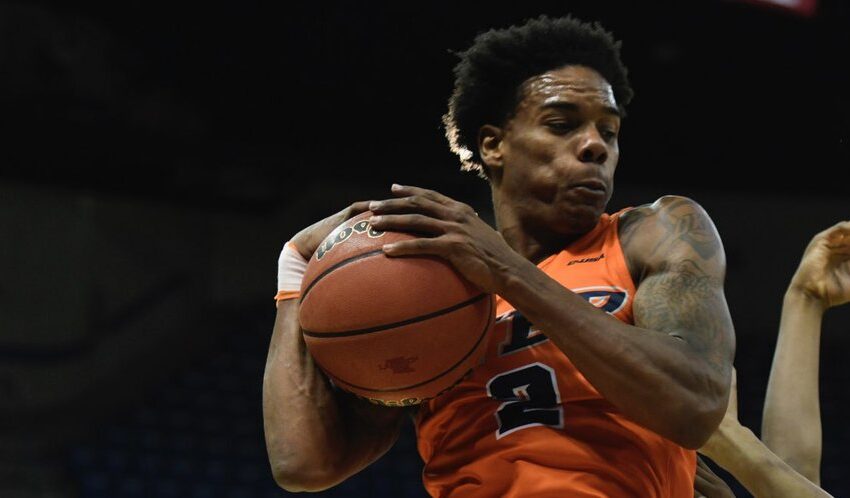 RUSTON, LA. – LA Tech ended the first half with a 9-0 run, and started the second half by making 11 of its first 12 shots.  That proved to be the difference as the Bulldogs won in a shootout over the UTEP Miners, 97-88 on Saturday at the Thomas Assembly Center.

The Miners averaged 81.5 points on their first league road trip of the season to Southern Miss and LA Tech, ordinarily enough to win with.  But they yielded 91 ppg with their highest point totals of the season to the Golden Eagles (85) and the Bulldogs.

“We obviously gave up too many points, and that’s not acceptable at all,” UTEP Interim Head Coach Phil Johnson said.  “They shot 37 free throws.  A lot of them were late.  We were scrambling.  We were down in the game, really until about the minute mark.  And I thought a two-possession game, we could fight back.  We wanted to be aggressive tonight offensively, and we were.  I was pleased with that.  I thought we competed better tonight overall, but we’ve got to get back to what we were doing two weeks ago and defending.  They just drove by us and we were fouling, so that’s a real issue for us right now.”

Prior to the 9-0 run that ended the first half, the Miners led 38-33.  At halftime they were down (42-38) but not out.  The defensive intensity was lacking to start the second half, and before long the Bulldogs had pushed the four-point margin to double digits.

“Yeah they came out [in the second half] and we didn’t,” Johnson said.  “I thought we were ready.  I really thought we would come out and defend.  Guys were eager and man, they just made everything it seemed like.”

For the second straight game, the Miners were torched in the second half as the Bulldogs shot 69.6 percent (16-for-23) from the field.  That followed Southern Miss’ 74.1 percent shooting in the final 20 minutes on Thursday.

LA Tech led by as many as 13 points in the second half but the Miners came roaring back down the stretch.  They cut an 11-point deficit (84-73) with 3:59 remaining down to five (90-85) on a three-pointer by Evan Gilyard with 1:21 to go.  The Bulldogs scored the next five points, including a crucial three-pointer by Derric Jean with 22 seconds left.

Jean scored a career-high tying 20 points for the Bulldogs, who were missing two starters in DaQuan Bracey and Joniah White.  Jean came in averaging 9.3 points per game.

The Miners’ Isiah Osborne had a career night of his own (25 points), making 7-of-11 shots, 5-of-7 threes and 6-of-7 free throws.  Omega Harris scored 21 points for the Miners to tie Anthony Burns for 14th place in school history with 1,235 points.

“We need Isiah to score and we talked about it,” Johnson said.  “I’m really pleased with that.  Omega, I thought, played pretty good tonight and tried to shade [Jacobi] Boykins.  Jean did most of the damage, and that was Kobe [Magee].  I probably should’ve put Evan in there to guard him a little bit earlier, but Jean did a lot of damage to us.  And again 37 free throws to our 17, that’s a big differential.”

For the first time in school history, the Miners have made 11 or more three-pointers in three consecutive games.  They were 14-for-22 from beyond the arc on Saturday and are an astounding 37-for-61 (60.7 percent) from beyond the arc over the last three contests – including 24-for-32 (75 percent) in the second half.