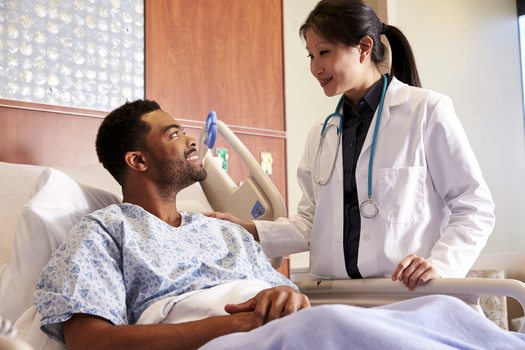 AUSTIN – Texas has the most uninsured people in the country, but state officials have rejected an almost cost-free expansion of the federal Medicaid program.

As many as 1 million Texans fall into the coverage gap, where they don’t qualify for Medicaid but can’t afford health coverage through the Affordable Care Act. According to a new report, not expanding Medicaid not only affects low-income individuals but puts a major strain on the state economy.

Patrick Bresette, executive director of the Children’s Defense Fund-Texas, said polls show most Texans are in favor of Medicaid expansion.

“A pretty strong majority of Texans actually think we should expand coverage,” he said. “I think the latest research and a survey was 63 percent of Texans across partisan lines thought we should be expanding it. So, there’s really no excuse other than some sort of a political feud with the federal government.”

According to this week’s report from the Georgetown University Center for Children and Families, the lack of Medicaid expansion cost the Texas economy almost $8 billion in 2015, with local governments paying another $5 billion for uncompensated care.

Report co-author Jack Hoadley said the 31 states that have expanded Medicaid have seen dramatic reductions in the number of uninsured people, millions of dollars in savings for hospitals and community health centers, and significant reductions in the cost and amount of uncompensated care.

“We heard from one clinic that said the share of uninsured patients had dropped from 51 percent of all their patients to 17 percent,” he said. “So, it’s really a dramatic drop, and you just don’t see those same kinds of changes in the non-expansion states.”

An infusion of Medicaid dollars often causes a ripple effect in state health-care systems, Hoadley said, expanding coverage, bringing new programs and improving care, particularly in rural areas. Under the Affordable Care Act, states are eligible to expand Medicaid at no cost through 2016, with a 90-10 federal-local cost-share beginning in 2020.

The report is online at ccf.georgetown.edu