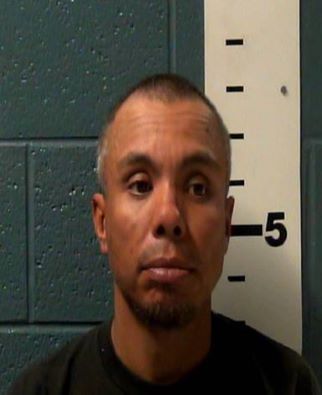 Police arrest a Las Cruces man after he allegedly kicks his 16-year-old daughter and shoves his ex-wife to the floor during a heated argument.

38-year-old Aaron M. Vargas Sr. is charged with one count of intentional child abuse and one count of battery against a household member.

According to Las Cruces Police, the incident occurred Wednesday, August 19, shortly before 6 p.m. Officers were dispatched to a home along the 1600 block of Sacramento Street, after a report of a domestic disturbance in progress.

In a news release, LCPD official say “Detectives learned that Vargas and his ex-wife got into an argument during which he pushed the 37-year-old woman to the floor.”  The release continues, “Upon hearing the commotion…Vargas’ daughter emerged from her bedroom and started yelling at her father.”

It was at that point that Detectives believe Vargas kicked his daughter in the stomach. Vargas’ daughter complained of abdomen pains and was transported to a local hospital. Officials say her injuries were not life-threatening.

The argument continued before Vargas left the residence and police were called to the scene. Vargas was subsequently located and detained at another relative’s home.

Vargas was booked into the Dona Ana County Detention Center where he is being held on bond set at $5,000.