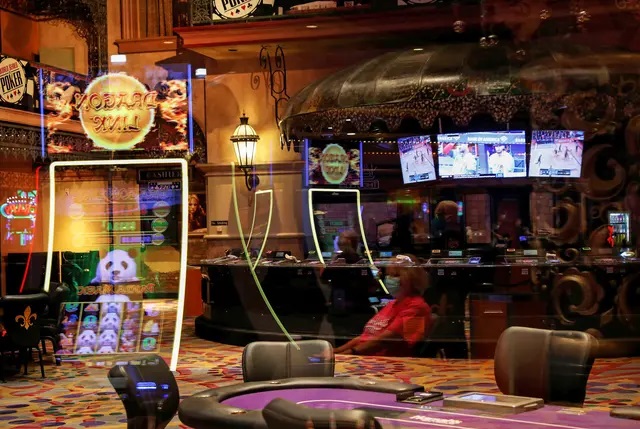 The company is backing legislation that would let Texans vote on whether to create special casino licenses for four “destination resorts” in Dallas-Fort Worth, Houston, San Antonio and Austin. Credit: REUTERS/Shannon Stapleton

The gaming empire Las Vegas Sands is launching a multimillion-dollar advertising blitz to build support for its campaign to bring casinos to Texas.

The company will begin airing TV and radio ads Thursday in the state’s biggest markets, according to an announcement first shared with The Texas Tribune. The news of the ads comes the same day that a state House committee was set to review proposals expanding gambling in Texas, including one being backed by Las Vegas Sands.

The ads tell Texans that “billions of tourism and gambling dollars” leave the state every year for neighboring states that allow more gaming.

“This November, the Legislature can allow Texans to vote to build four world-class destination resorts and casinos, bringing those dollars back to Texas,” a narrator says in one of the half-minute TV spots. “Let’s boost our economy, create tens of thousands of jobs and help fund vital services like schools and public safety.”

Las Vegas Sands is funding the ads under the banner of its new Texas Destination Resort Alliance, which has unveiled a website and social media accounts to coincide with the ad campaign.

The company is backing legislation that would let Texans vote on whether to create special casino licenses for four “destination resorts” in the state’s four largest metropolitan areas: Dallas-Fort Worth, Houston, San Antonio and Austin. The ads will air in those markets as well as some others.

Las Vegas Sands has spent millions of dollars to hire dozens of lobbyists this session, hoping to persuade a Legislature that has been reluctant to expand gambling options in the past.

The Sands push has made little progress in the Legislature so far. The Senate version has been referred to a committee but has not been scheduled for a hearing yet.

Wednesday’s hearing in the House will also include a discussion of a bill that would allow sports gambling in the state. That legislation is being pushed by the Sports Betting Alliance, a coalition of professional Texas sports teams, betting platforms and racetracks.

The House speaker, Dade Phelan, has been more open to expanding gambling than has Lt. Gov. Dan Patrick, who presides over the Senate and thrown cold water on the idea. Gov. Greg Abbott has said he wants to hear from lawmakers where their constituents are at on the issue.

Adelson’s widow, Miriam Adelson, made a trip to Austin last month and met separately with Abbott and Patrick. An Abbott spokesperson characterized the meeting as one between friends that had little, if anything, to do with legislative business.

The Sands-backed House and Senate proposals have picked up some support since they were filed in early March. The House legislation, House Joint Resolution 133 by Rep. John Kuempel, R-Seguin, has since attracted three joint authors: Reps. Toni Rose, D-Dallas; Charlie Geren, R-Fort Worth; and Sam Harless, R-Houston.