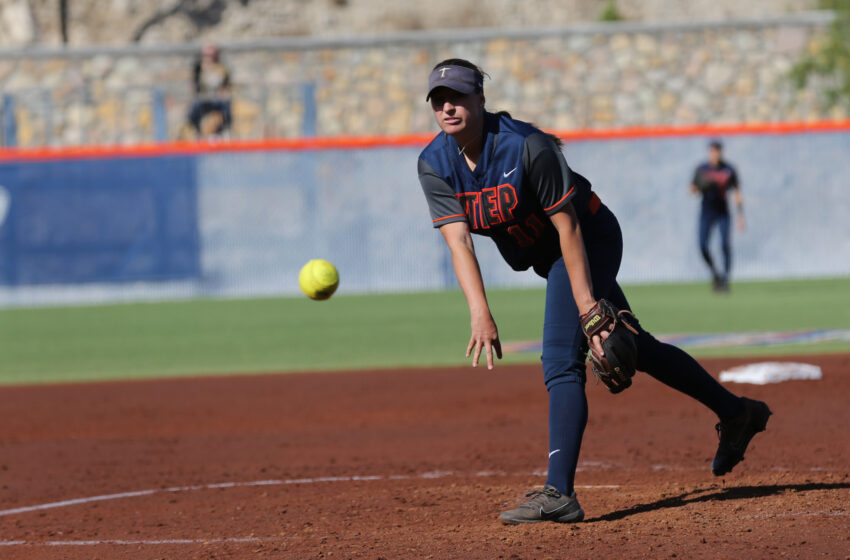 Julia Wright notched a solid performance for UTEP, but Ole Miss scored four runs in the seventh to pull away and top the Miners, 7-1, on Saturday afternoon at the Helen of Troy Softball Complex.

The Rebels improve to 25-18 overall, while the Miners fall to 18-28. UTEP will continue Conference USA action next weekend at Middle Tennessee.

Wright (5-15) threw all 7.0 frames and recorded five strikeouts and only two walks allowed on 98 total pitches. Two earned runs were credited to Wright.

Ole Miss went up 1-0 in the first inning on a Brittany Finney single.

The Miners, as they did last night, got runners aboard during the Saturday contest. But UTEP stranded three in back-to-back innings (second and third) early in the contest. The Miners recorded all their hits against Ole Miss starter Kaitlin Lee. UTEP left three runners on during the second inning on a pair of errors, while Pamala Baber was hit by a pitch to load the bases.

Left-handed pitcher Anna Borgen (4-5) who earned her first save on Friday night, came into relief in the fourth frame and kept UTEP’s bats in check, not allowing a hit and retiring the final 12 batters. Borgen got the win after throwing the final 4.0 innings. Lee tossed 3.0 frames.

With the score 2-0, UTEP got on the board in the third frame when Kira McKechnie was hit by a pitch with bases to loaded, scoring Ryder.

But Ole Miss scored another run during the fourth to make the count 3-1 and Alex Schneider put the ball game away when she connected on a three-run home run in the seventh.