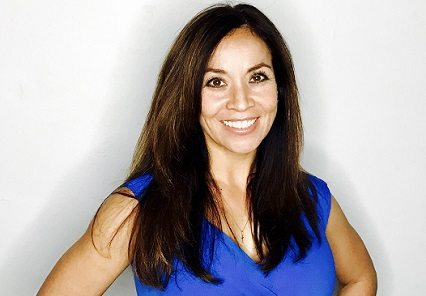 Latinitas, a nonprofit organization focused on empowering young Latinas using media and technology, announced today that Isis Portillo has joined the team as the new executive director in its El Paso office.

Portillo will be bringing to the table 19 years of broadcasting experience as well as a background in marketing and advertising.

Prior to that, she worked as a Vice President at Entravision Communications and held various other positions at multimedia conglomerates including Univision Communications, NBC News and iHeart Media. As the new executive director at Latinitas El Paso, Portillo will lead new charges in program growth, relationship building and strategies focused on the success of El Paso youth.

“It means giving as many young Latinitas an opportunity to aim higher,” Portillo said about what it means to her to join the Latinitas team. “It’s opening the door for them so that they can do it better. Someone is willing to stand with you so you can get there.” Read more about Portillo on our Medium blog.

Portillo will be replacing Alicia Rascon as the head of the El Paso chapter of Latinitas. Rascon co-founded Latinitas magazine and outreach programming 15 years ago in a class at the University of Texas at Austin. She brought Latinitas programs to El Paso in 2008, providing services to thousands of girls in the city’s school districts, public housing and cultural centers.

Rascon left the organization in January and to join the student engagement and leadership center at the University of Texas at El Paso.