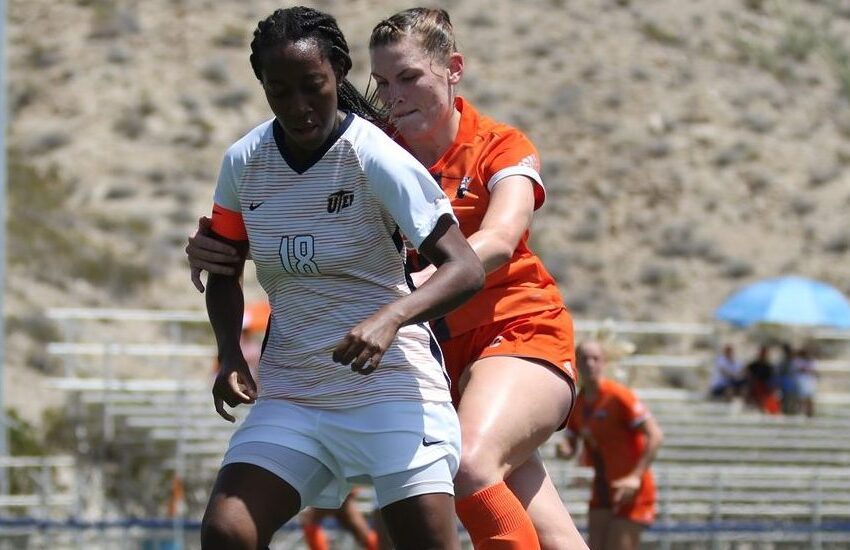 UTEP soccer junior Lauren Crenshaw was named the Conference USA Offensive Player of the Week for her performance over the weekend against Grand Canyon and Northern Illinois.

Crenshaw had one of the best performances of the week netting two goals and an assist over the weekend.

Against Grand Canyon, Crenshaw displayed her dribbling skills getting past a Lope defender and was taken down in the penalty box. She stepped up to take the kick and buried the ball in the back of the net.

The Arizona native registered her first assist of the season off of a throw in, which was controlled by Anna Jimmerson and scored the game winning goal.

The junior displayed her leadership skills with a brilliant performance against a tough Northern Illinois squad.

Early in second overtime, the Miners were awarded its third penalty of the season as Crenshaw once again stepped up to the spot and scored the golden goal.

Crenshaw is the first Miner in program history to score from the penalty spot three times in a single season. She is three-for-three on penalty kicks for her career. Crenshaw is tied for second in the league with three goals through five games in C-USA behind Miah Zuazua (Southern Miss, six).