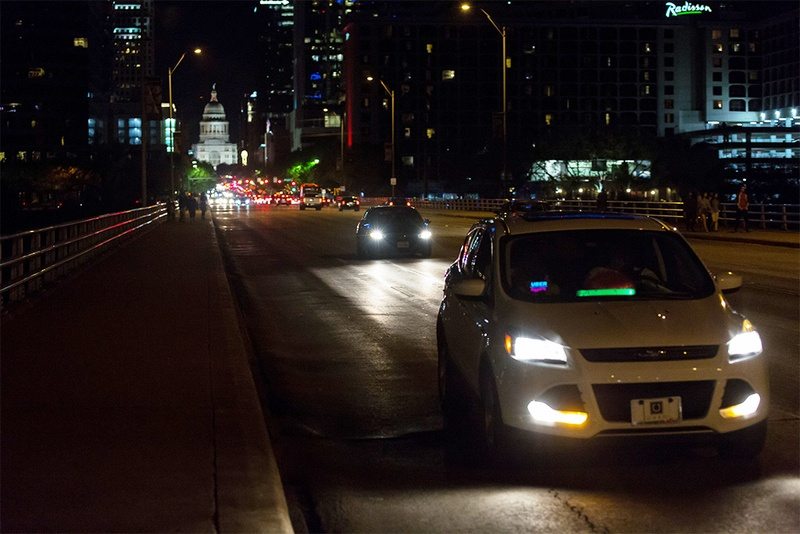 Several state legislators have made it clear they’re eager to take control of rules for ride-hailing companies in Texas, shifting power from individual cities to the state. But with six months until the next legislative session, there’s no clear consensus on how exactly to go about it.

The Legislature has tried before — and failed — to come up with statewide regulations sought by industry heavyweights Uber and Lyft to free them from conflicting local rules.

But the recent decision by voters in Austin — the conservative state’s liberal capital — to reject rules sought by the ride-hailing giants has been a rallying cry for lawmakers.

“We don’t live in a democracy,” said. Sen. Don Huffines, R-Dallas. “All the authority cities have comes from the Legislature. They exist by the mercy of the Legislature. So we have a distinct role in overseeing all political subdivisions that we create, and we’ve got to make sure that they don’t trample economic liberty, personal liberty and freedoms.”

After the Austin election, Huffines immediately called for state regulations, or what he called “deregulations,” and was unconcerned with overriding the will of local voters.

“People get riled up, and they pick up their pitchforks and they run to the ballot box or they run to the barn and tar and feather or lynch someone,” he said. “We have rules of law relating to protecting the views of the minority.”

Huffines wasn’t the only state legislator whose ears perked up at news that Austin voters upheld city rules for ride-hailing companies over those backed by Uber and Lyft. His Senate colleague, Georgetown Republican Charles Schwertner, also pledged to draft legislation.

“We’re exploring all options,” Schwertner said. “There’s the background check and then there’s fingerprinting, those are two separate issues. There’s competing discussions … I personally have not made any decisions as to what is the best statutory language to put in the bill.”

At issue in Austin was the city council’s requirement that drivers undergo fingerprint-based background checks. So far, lawmakers in favor

of statewide regulation have been mum on whether their legislation will include the requirement. Sen.Robert Nichols, chairman of the Senate Transportation Committee, was unavailable for comment, but in January he told Quorum Report that fingerprinting should be included in statewide rules.

“As long as we’ve got fingerprinting in there, I think we could sell it,” he said of potential regulations.

Lawmakers are poised to discuss ride-hailing for the second time in two weeks on Thursday when the House Committee on Economic & Small Business Development holds a hearing on “shared economy” businesses. Rep. Joe Pickett, who chairs the House Transportation Committee, said he expects this focus to carry over into the upcoming session.

“I think there’s plenty of steam,” said Pickett, D-El Paso. He added that interest in the issues his panel discusses tends to fluctuate but that attention to ride-hailing “is here to stay, it’s not going away. And when I mean not going away — that’s the good part.”

Last session, lawmakers succeeded in regulating only one part of the industry: insurance. A bill by Rep. John Smithee, R-Amarillo, increased protection for ride-hailing drivers through insurance claims. Smithee said he doubts he will be directly involved in future legislation on the matter but said he generally favors local control.

“We certainly thought the insurance issue was a statewide issue, and I still believe that,” he said. “There may very well be some local issues out there, but I think that it’s probably going to be a combination of both.”

The bill closest to outright statewide regulation considered last session was from Rep. Chris Paddie, R-Marshall, and would have created operating permits for Uber and Lyft drivers. The bill passed through Pickett’s Transportation Committee but didn’t make it to the House floor.

Although he hasn’t decided if he will reintroduce his bill next year, Paddie said he still thinks there is a need for state regulation but that he has some reservations.

“I also question, to a certain degree, how much government should be getting involved in basically a private transaction between two individuals,” he said.

Chelsea Wilson, a spokeswoman for Lyft, said the company supports the establishment of rules at a state level because “they provide clarity for drivers and passengers.” Uber declined to comment.

For Schwertner, the layered concerns of ride-hailing companies, drivers, riders and municipalities indicate that statewide regulations would be the best route forward.

“I think the safety issue in my mind is paramount,” he said, pointing to concerns with drunk driving. “[There is] the mobility issue, economic issue — it’s multi-tiered. It’s not just a local control versus state regulation issue. It’s all those things. When you look at the totality of the concerns, it favors statewide, uniform, consistent and fair regulation.”

Disclosure: Uber and Lyft have been financial supporters of The Texas Tribune. A complete list of Tribune donors and sponsors can be viewed here.