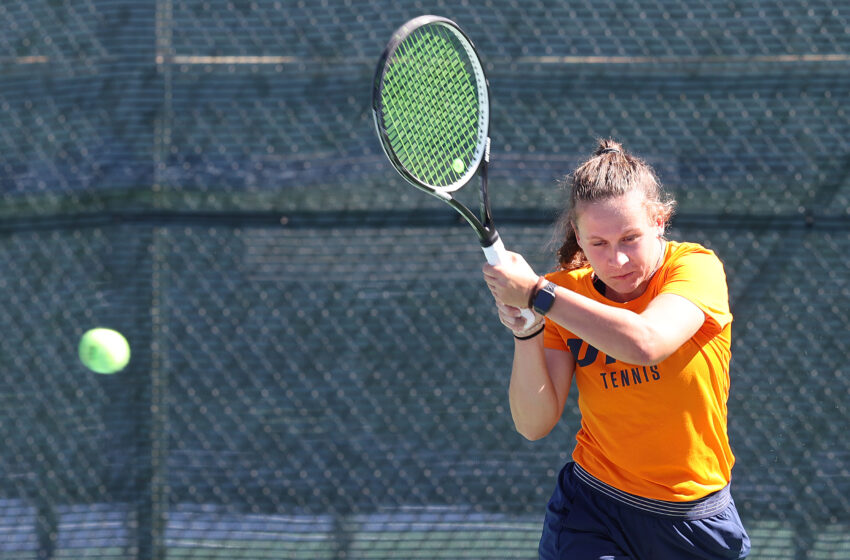 Veronika Lebisova rolled to a straight set win in singles, with Elena Dibattista also advancing (via retirement) to set the tone for the UTEP tennis team on the second day of the Islander Open (hosted by Texas A&M Corpus Christi) on Saturday.

It was a long day of action, with a rain delay lasting more than three hours.

“Unfortunately today was another tough day,” UTEP head coach Ivan Fernandez said. “After a three-plus hour rain delay, we were able to get some matches played. Both Lina (Sachica) and Kathleen (Percegona) lost their semifinal matches in their respective draws. Our lone win of the day came from Vero (Lebisova), who will play in the consolation finals in her draw tomorrow.”

Lebisova was practically perfect in a 6-1, 6-0, win against Alicia Thal (UTRGV). Dibattista won by retirement against Isabelle Bahr (UTRGV).

In doubles Percegona and Sachica were tripped up by homestanding Texas A&M Corpus Christi’s Victoire Delattre and Camille Townsend, 6-2.

The Miners will conclude the Islander Open Sunday.