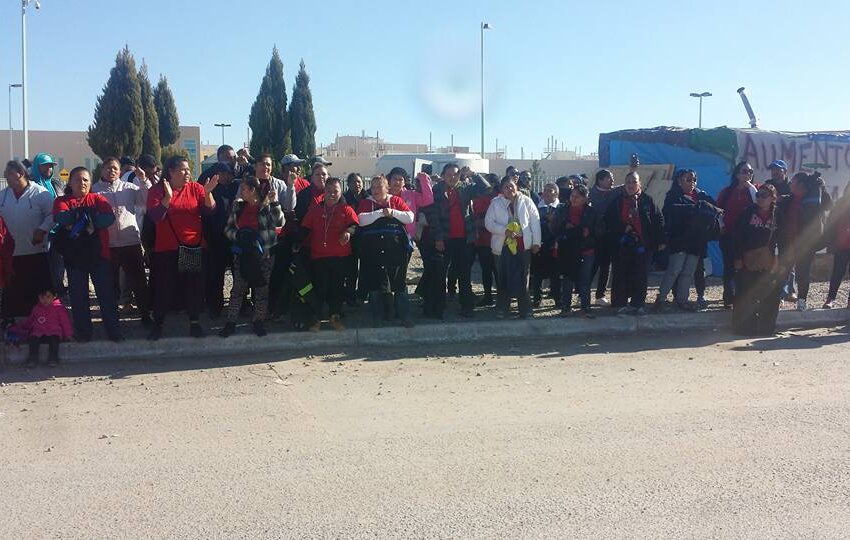 In a remarkable turn of events this weekend, corporate giant Lexmark settled with the remaining Maquiladora workers who were fired October 2015 for seeking a six-peso raise.

Last week, Lexmark offered specific terms to the workers to end their strike that they agreed upon collectively. They signed the terms on Sunday, April 10th; including a confidentiality clause that limits them to talk about the specific details. They also vacated their camp in front of the Lexmark plant.

The issue received international attention and wide media press. Its coverage was heightened with the Pope’s visit on February 17th when he articulated the need to support workers.

According to Attorney Susana Prieto Terrazas: “The discussion of the working class presented by the Pope, was the result of hard work, work all of us have invested in.”

Representatives and workers attributed this change of heart by the company to a letter sent to Paul Rooke, Lexmark CEO, and company executives Rocio Sarabia and Robert Patton that was signed by 32 unions and NGOs from the U.S., Canada and Mexico on March 23, 2016 that demanded that they respect the labor rights of the workers and the labor law and international norms.

A copy of the letter to Lexmark can be viewed: Lexmark Juarez Group Sign-on Letter Final Mar 23(1)

Finally, the Lexmark effort has had a direct influence in other maquiladoras raising their employees’ pay at other factories to avert what happened at Lexmark.

In their release announcing the settlement, officials concluded by saying, “The conflict with Lexmark doesn’t end here; but it constitutes the beginning of an association called OBRER@S MAQUILER@S DE CUIDAD JUÁREZ, A.C, an organization that has as its objective to bring a voice of all the industry workers to fight for permanent change and better working conditions.”