To honor those lost in the attacks on 9/11, local groups will be hosting various ceremonies throughout the region.

EL PASO, Texas – In commemoration of those who lost their lives during the attacks of Sept. 11, 2001, the El Paso Fire Department will be hosting a memorial ceremony at Fire Station 18.

Fire Chief Mario D’Agostino, Police Chief Greg Allen, and Sheriff Richard Wiles will present a wreath at the memorial. El Paso Police Lt. John Schneider, who was a member of the NYPD – 24th Precinct during the attacks, will share his reflections and experience about the incident.

It is recommended that those attending the ceremony arrive early and park on Milton Rd. There will be no parking allowed along San Jose Rd. or Wenda Dr.

WHO:     The El Paso Fire Department

El Paso Community College (EPCC) and local dignitaries will share memories and honor our fallen patriots on the 17th anniversary of that fateful day.

Free Museum Admission for First Responders and Their Families

The New Mexico Museum of Space History is honored to declare September 11, 2018, as “First Responders Day” at the museum. All first responders and their families (spouses and children) will be allowed into the museum free beginning at noon. Identification as a first responder is required.

“This year, September 11 falls on a Tuesday when the museum is normally closed, but we decided to open at noon following the Memorial Stair Climb so that participants could have the opportunity to see the museum while they’re here,” said Museum Executive Director Chris Orwoll.  The museum and theater will be open to the public beginning at noon, first responders and their families will be admitted free to the museum only. “We are very proud to offer first responders free admission as a way of showing our appreciation for their service to our community and country.”

Because the stair climb this year is an inaugural event, there is no charge to enter. Stair climbs similar to this are held across the country, honoring the memory of the fallen fighters and other first responders who died on 9.11.01. Participants climb the equivalent of the 110 stories of the World Trade Center in tribute. The stair climb is open to teams and individuals. Registration and check in begins at 7:30 am on the museum’s patio.

Other activities kick off at 5:30 that evening with a low level F-16 flyover followed by a parade, which starts at the corner of Juniper and Indian Wells and ends at the NMSU-A Science Center Parking lot. From there, activities move to the large upper parking lot at the museum where free hot dogs will be served starting at 6:00. Inside the museum on the first floor, an education program is being presented, showing the sequence of events leading up to the 9.11 tragedy along with a slideshow and historical photo display.

The memorial ceremony will be held in the upper parking lot of the museum beginning at 7:30 pm. The evening’s Memorial Program includes a fire and police turnout ceremony, firetruck lighting, Patriot Guard Flag Line and the symbolic lighting of the twin towers on the museum building. The guest speaker for the evening is Jarrett Koenemund who witnessed the planes hitting the Twin Towers.

All 9.11 activities are free to the public, including admission to the museum for the education event. Public parking is in the lot just above the Tombaugh Building.

The New Mexico Museum of Space History, a Smithsonian Affiliate, is a division of the NM Department of Cultural Affairs. For more information, call 575-437-2840 (toll free 1-877-333-6589) visit the website or like the Facebook page. 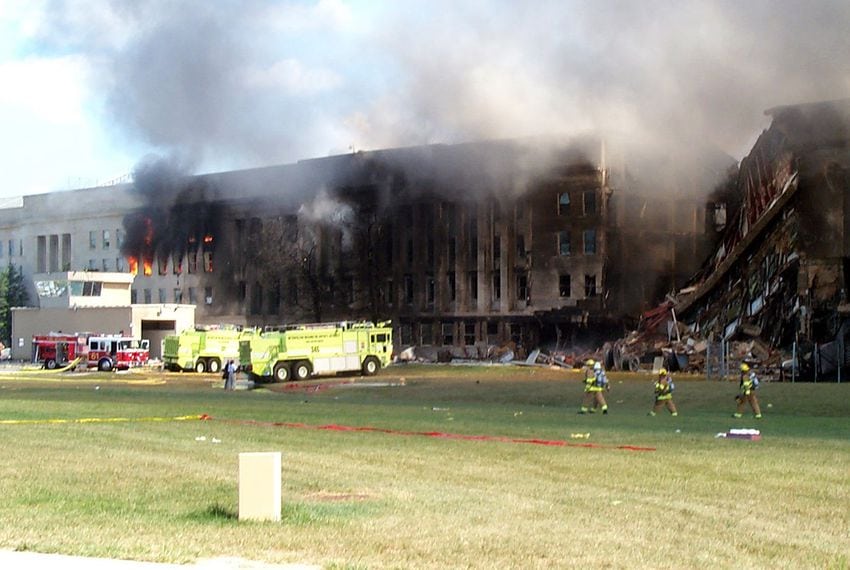 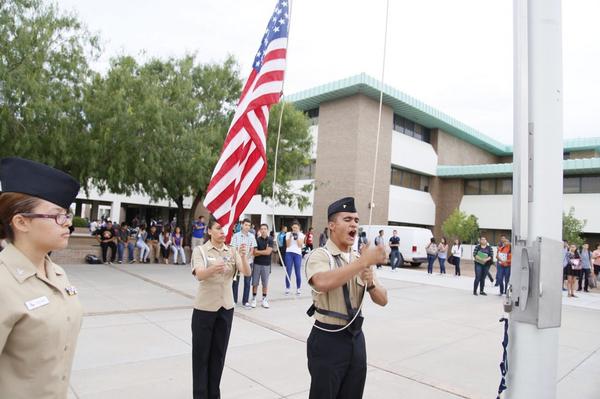