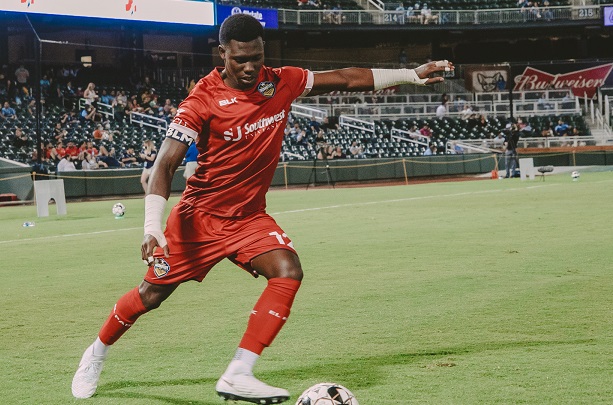 In the two years he spent with Locomotive, Fordah played three games – all of which were starts – including its inaugural U.S. Open Cup.  | Photo courtesy EP Locomotive

On Thursday, officials with El Paso Locomotive FC announced that the club and Goalkeeper Jermaine Fordah have mutually agreed to part ways.

“I really enjoyed my time here in El Paso,” Fordah said. “From the moment I arrived, the fans have been so welcoming and supportive it made me proud to represent the city. Thank you to my teammates and staff for giving me my opportunity to play the game I love. I’ll be cheering on Locomotive as a fan and I’m looking forward to taking the next step in my career.”

In the two years he spent with Locomotive, Fordah played three games – all of which were starts – including its inaugural U.S. Open Cup.

The 27-year-old Goalkeeper earned one clean sheet across those three games.

A high spirit in the locker room, Fordah helped build the winning attitude and mentality for Locomotive FC over the last two years while providing the needed depth for Locomotive between the pipes.

El Paso Locomotive FC returns to action for its third season in the USL Championship in 2021! Lock in their seats by going on line or calling/texting 915-235-GOAL and enjoy world-class Championship soccer at Southwest University Park.

Locomotive closes preseason with 3-3 tie vs...