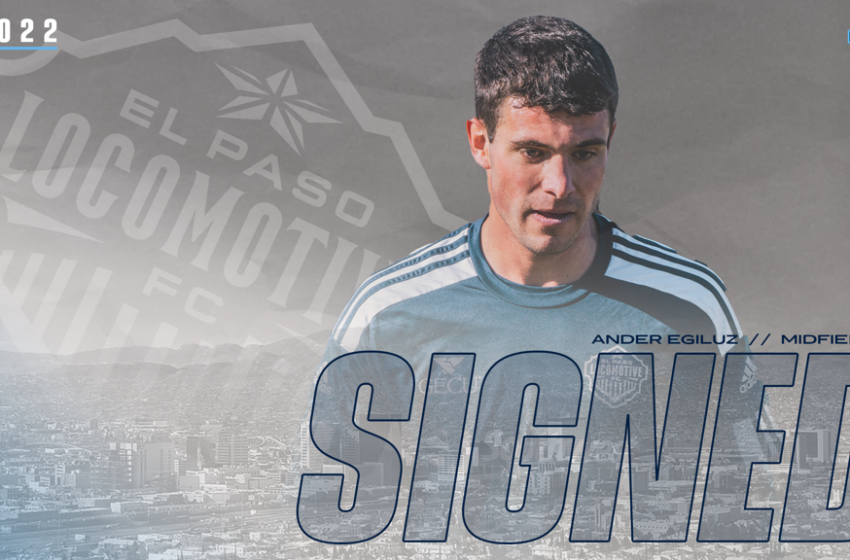 “Ander [Egiluz] came in on trial with us and proved himself to be a great addition to the squad,” said Locomotive Head Coach and Technical Director John Hutchinson. “He fit into the environment the players are creating and deserves his chance to be with us. He is a player that is versatile and can play either as a center back or a center-mid. He adds strength and competition to both areas.”

Egiluz, 23, began his career in soccer in 2016, joining the Athletic Bilbao Academy in Spain where he came up through their U-19 squad before signing to Spain’s Tercera Divisón club CD Basconia in 2018. While with Basconia, Egiluz went on loan to SD Leioa in Spain’s third division, Segunda División B, where he ultimately signed full time in 2019. Egiluz began seeing success in career with Leioa, making 35 appearances, marking his time with a goal and an assist behind 2,379 minutes played.  During his time with Leioa, Egiluz featured in the Copa del Rey, playing in the first round against FC Cartagena in 2019 as a late game substitute. After SD Leioa, Egiluz played a short time with CP Villarrobledo where he earned eight appearances and a goal before transferring to Haro Deportivo, playing in 13 matches.

Born in the Basque Country in Northern Spain, the 23-year-old defender has a close connection the United States, particularly with the state of Idaho, where his mother was born, giving him a dual citizenship. Egiluz has featured for the Stars and Stripes, making two appearances in the 2016 Slovakia Cup where he lifted the trophy with the United States U-19 Men’s National Team.

Egiluz has been with El Paso Locomotive from the start of preseason on a trial, where he has impressed the coaching staff with not only his play on the training fields, but attitude in the locker room.