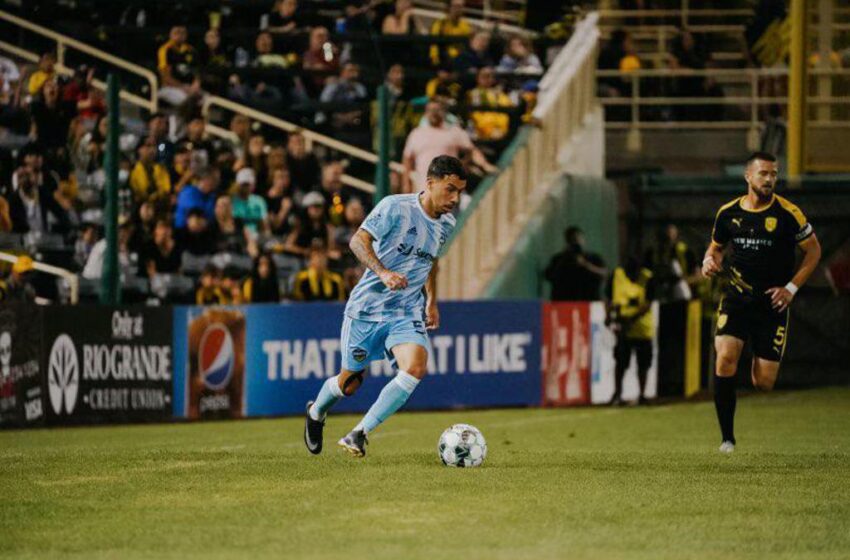 El Paso Locomotive (7-1-4, 25 points) earned a point on the road following a scoreless draw against New Mexico United on Saturday.

“It’s a difficult field to play on both teams,” said Head Coach and Technical Director Mark Lowry. “But the guys fought, they did well. We got a clean sheet away from home so there are a lot of positives to take.”

The Derby de Camino Real wasted little time reigniting the ongoing feud, as both El Paso Locomotive and New Mexico United battled out through the opening 45 minutes. United got off to a quick start, pressing the attack with dangerous crosses into the center, though the effort was not enough to get past Defender Mechack Jerome. Jerome made multiple clearances in the early stages to keep the scoring level while Locomotive began to shift the attack into its own favor. Forward Lucho Solignac and Midfielder Sebastian Velasquez led an aggressive attack through the end of the first half but were unable to break past the United defense to find an opening goal in the first half.

The chippy game continued to get heated as tensions rose with both sides creating dangerous opportunities but unable to break through the other’s defense. Ultimately the heated bout saw red as United’s Juan Guzmán was sent off with a second caution.

With the man advantage, El Paso Locomotive fought searching for the go-ahead goal, but the defensively packed United side was able to keep El Paso from finding the net to keep the game scoreless.

Midfielders Aaron Gomez and Chapa Herrera made their 50th appearances for the club across all competitions.

Up next, El Paso Locomotive stays on the road for a midweek match up against San Antonio FC. The match is scheduled for Wednesday, July 28 with kickoff from Toyota Field set for 6:30 p.m. MT and will be broadcast live digitally on ESPN+.

– Midfielder Chapa Herrera made his 50th club appearance across all competitions, appearing in the Starting XI before subbing out in the halftime break.

– Forward Aaron Gomez also made his 50th club appearance across all competitions, subbing into the match in the 85th minute.