On a night exactly two weeks removed from the tragic shooting  that took 22 lives and injured nearly two dozen more,  the El Paso Locomotive took to the pitch Saturday night, determined to show everyone exactly what the phrase El Paso Strong meant.

Cheered on by nearly 6ooo fans at Southwest University Park, the Locomotive played host not only to the visiting Tacoma Defiance, but countless first responders, law enforcement and others who helped so many on August 3rd.

In addition to the fans and specials guests, one group was there to share in the healing power of the beautiful game: the El Paso Fusion girl’s soccer team.

The Fusion were at the Cielo Vista Walmart, fundraising for their season when the gunman opened fire, injuring their coaches.  After hearing of the news of the Fusion, Locomotive player Sebastian Velasquez rallied to their aid, helping them fundraise in the aftermath of the shooting.

On top of all the visitors, the 22 second moment of silence for the victims, and the El Paso Strong flags handed out to fans, there was still a game to be played.

And what a game it turned out to be.

While Tacoma came out quick in the first quarter hour,  it was the Locomotive who then took control – seemingly inspired by the ‘lights and flag’ memorial at the 22nd minute of the match when fans waived their flags and lit up their cell phones – as 10 minutes later Edson Partida drove home a nearly impossible shot to give the Locos and their crew something to celebrate.

The second half began much as the first, although Tacoma seemed more determined than ever to take the game to the Locomotive.

The Defiance gradually became more and more aggressive, eventually ending in a donnybrook that sent Chiro N’toko to the clubhouse with a red card, leaving the Locos to make the rest of the journey with only 10 crew members.

That entire sequence seemingly stoked the boiler of the Locomotive, who then began picking up the pace.

When El Pasoan Omar Salgado entered the game with roughly 30 minutes left on the clock, there was a feeling that something great could be just around the bend. And so it was.

At the 70th minute, Salgado charging in from the left, was fed a perfect header from Drew Beckie and sent in on through, putting the Locos up 2-0.

The Locomotive now hit the tracks and head East to take on Rio Grande Valley FC, next Saturday at 6:30 pm. 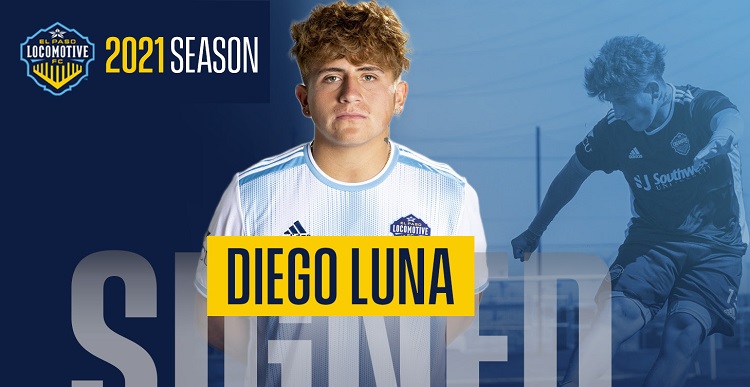 All Aboard! El Paso Locomotive announces 2021...