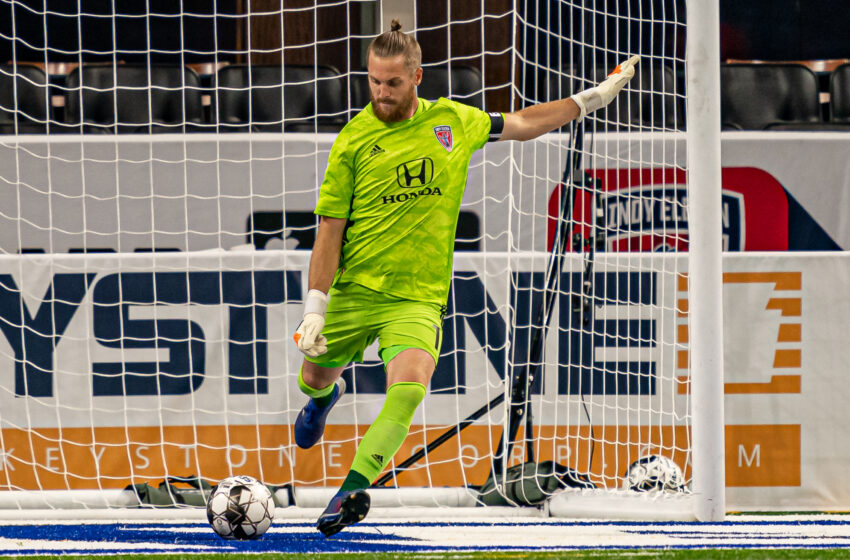 The loan is through to the end of the 2022 USL Championship season and is pending league and federation approval.

“We have been looking for a goalkeeper for a long time that suits not only the football we want to play but also fits the club and community and Evan [Newton] is every bit that person,” said Locomotive Head Coach and Technical Director, John Hutchinson. “His quality is known not only through USL but MLS as well. We wanted to bring in a high-quality goalkeeper for the number one position with Philipp and in Evan, we have that.”

Newton, 33, carries an illustrious career that sees him standing at the pinnacle of USL Championship. After seven years and five teams in the Championship, the 2018 USL Championship Golden Glove winner is the all-time league leader in shutouts with 50 and in saves at 478.

The Virginia native started his career at Old Dominion University, where he set school records in saves and shutouts. After signing with MLS clubs Houston Dynamo and San Jose Earthquakes in 2011 and 2012 respectively, Newton joined Phoenix Rising FC in 2014, where he began his Championship career with 28 matches played and an incredible 111 saves in his first year.

The American goalkeeper signed with FC Cincinnati in 2018, playing 20 matches to help the club dominate the league and win the USL Championship Regular Season Title behind a .80 Goals Against Average.

Most recently in the Championship, Newton had signed with Indy Eleven, making a total of 42 appearances to reach the 2019 Eastern Conference Final. Following the 2020 season, Newton departed Indy Eleven and returned to MLS, signing with Vancouver Whitecaps in 2021.

“We are looking forward to getting Evan and his family to El Paso so we can integrate him with the team and our goalkeeper coach, JC [Garzon],“ concluded Hutchinson.

El Paso Locomotive FC kicks off its fourth USL Championship season against Sacramento Republic on the road on March 12 and will be broadcast live on ESPN+.

The Locos return to Southwest University Park a week later on March 19 for its 2022 season home opener against New Mexico United. Fans can become eligible for priority purchasing for Locomotive game tickets by signing up for the ticket waiting list by clicking this link.