Defender Andrew Fox earned a nod on the USL Championship Team of the Week for Week 18 following an outstanding performance in either half of Locomotive FC’s 3-1 victory against Rio Grande Valley FC on Saturday.

This is Fox’s first nod on the weekly shortlist in the 2021 season and his third with El Paso Locomotive FC having earned the accolade twice in 2020. Midfielder Sebastian Velasquez also earned a nod being highlighted on the Team of the Week Bench.

On Saturday night, Fox started in the left-back position, playing the full 90 on both sides of the ball to contribute to the massive 3-1 win. Defensively, Foxy led the team in tackles with four, winning three, while winning 6 out of 7 duels to help limit Rio Grande Valley FC to only three shots on target throughout the night. On the attacking half, Fox helped kick off the scoring, making one touch to scoop the ball into the air for Forward Lucho Solignac to skillfully backheel into the net. The assist, paired with two other key chances and three shots on goal, highlighted the 28-year-olds ability on the ball both in attack and in defense.

Sebastian Velasquez earned an appearance on the bench for Week 18, having led the team with four shots, three of which were on target, and one going in at the 89th minute for the game-winning goal against RGVFC.

The Championship’s Player and Team of the Week is selected by the USL National Media Panel, which is made up of representatives from each media market in the Championship.

The full list of players for the Week 18 USL Championship Team of the Week is listed below: 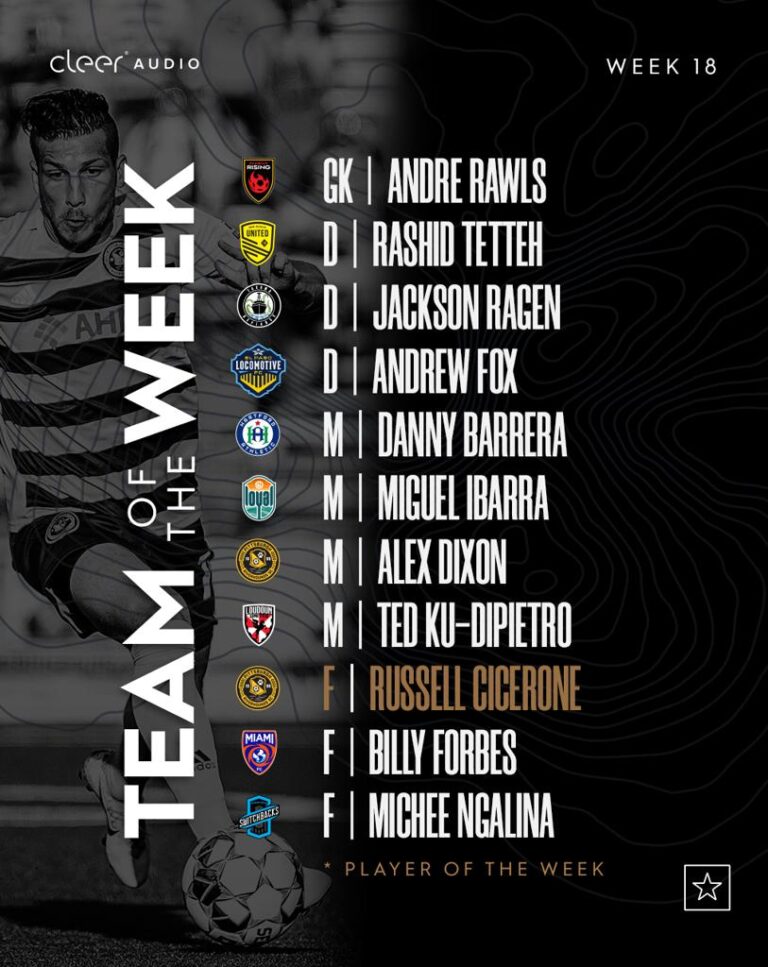