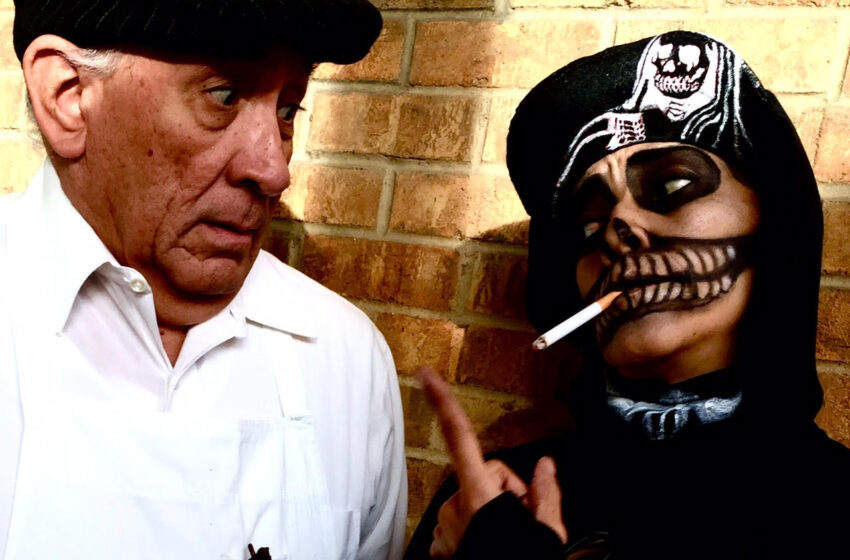 Borderland residents can see A Christmas Carol like they’ve never seen it before.

Performances will be at 7 p.m. Saturday, December 10 and 2:30 p.m. Sunday, December 11 in the Philanthropy Theatre on the second floor of the Plaza Annex in the Plaza Theatre Performing Arts Centre.

A Barrio Christmas is a bilingual production set in El Paso. It was written and directed by Los Actores’ Drime Lockhart, who plays the role of Dona Carmen.

The story centers on a bitter old store owner named Don Juan (Shakespeare-on-the-Rocks veteran Carlos De La Garza-Garcia) who is redeemed by the Christmas spirit when confronted with his past and La Muerte (played by Rockabilly Strangers singer Amanda Vasquez).

The Jewel Box Series, a showcase for area performing arts groups, is produced in partnership with El Paso Live.

American Sign Language Interpretation will be provided for Sunday’s performance.

Indigo Twilight — The El Paso Society for Musicians of the Future presents this classical-jazz crossover, which will combine instrumental music, voice and poetry for a journey through the mysterious hues and alluring rhythms of the night. – 2:30 p.m. Sunday, January 15

Disney’s Beauty and the Beast — The New Mexico State University-affiliated Scaffolding Theatre Company presents this musical valentine, a reimagining of the Disney musical. It centers around a family that re-enacts the play in their grandparents’ home, and features familiar songs, including Be Our Guest. – 7 p.m. Saturday, February 11; 2:30 p.m. Sunday, February 12

Bernabe — Just in time for Earth Day, Eden Enterprises presents this Luis Valdez play about a young man whose love of the earth is rooted in Aztec mythology. Directed by local theater veteran Hector Serrano, it’s a cry against the exploitation of the planet by modern forces. – 7 p.m. Saturday, April 8; 2:30 p.m. Sunday, April 9

Banging the Bell: A Texas Comedy in Two Acts — El Paso playwright Ted Karber Jr.’s EPStageBusiness presents this original comedy about a group of women who plan to be the belles of the ball. Infidelity, a corpulent corpse and dimwitted deputy could change their plans. – 2:30 p.m. Sunday, May 21

*American Sign Language Interpretation will be provided for all Sunday performances.

‘We Have Each Other’ explores family in...