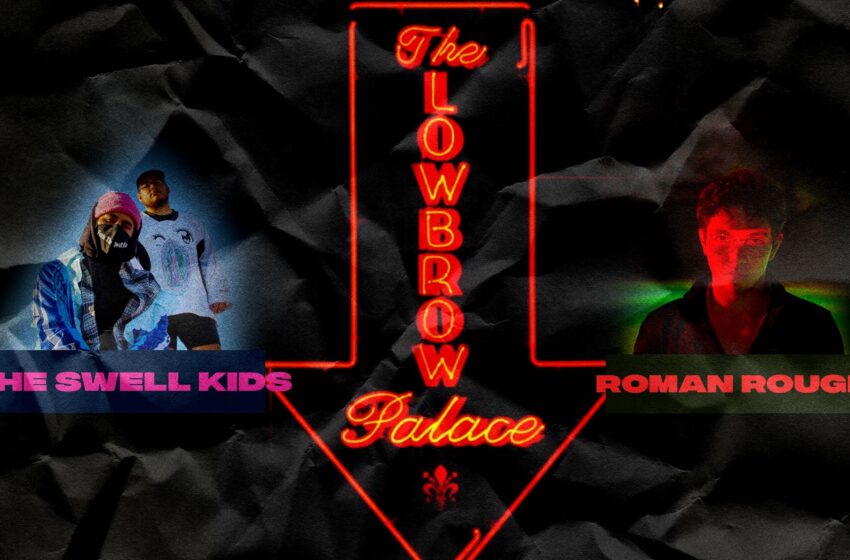 Lowbrow Palace, the premier destination for live music entertainment in El Paso, is proud to announce an upcoming livestream concert to raise funds for venue staff.

“Our Lowbrow team is grateful to be the beneficiary of this special fundraiser. The livestream concert will give us an opportunity to help raise funds for our venue employees that have been left without a job as a result of COVID-19 – all while showcasing some of El Paso’s best local talent with The Swell Kids & Roman Rouge,” said Christian Yanez, Lowbrow Palace talent buyer and local resident.

“El Pasoans coming together and showing support for one another is what this event is really all about. I hope that local residents will join us next week to watch this fundraising concert event live as we call attention to El Paso’s vibrant music community.”

Beginning at 7:00 p.m. MST on Wednesday, September 2, fans can tune in to watch two of the city’s hottest rising acts, Roman Rouge and The Swell Kids, perform a special mini-concert through IG Live on @FitFamElPaso.

The livestream event is intended to help raise funds for the local staff of the beloved music venue, almost all of whom were forced to be laid off or temporarily furloughed due to the ongoing economic hardships faced as a result of COVID-19. 100% of proceeds raised from the event will be directly donated to more than 10 former Lowbrow employees and local residents.

Fans can donate beginning today through either Venmo (via @TheLowbrow-Palace) or Paypal (via christian@lowbrowpalace.com) until Sunday, September 6.

To encourage donations, the venue is also offering special prizes that will be offered to randomly selected donors as a thank you for their charitable contributions (minimum $20 donation) that include the following items:

The benefit concert will telecast live from the Lowbrow Palace, a popular live music venue located in downtown El Paso that is run by local promoter and event producer Splendid Sun Productions. The beloved local music space is also a proud founding member of the National Independent Venue Alliance (NIVA), a national nonprofit organization formed at the start of the pandemic that advocates on behalf of music venues across the country, over 90% of which are on pace to be closed in the coming months without federal relief and financial support.

Performances during the special one-night-only event will include two of the hottest up-and-coming artists in the greater El Paso area, both of whom just released new music that will be on full display during the upcoming show.

Roman Rouge is a 21-year-old R&B/pop singer-songwriter who was born and raised in El Paso. He recently released his latest single, “I Cry”, ahead of his debut album that will be released later this year. Check out the new song from the young breakout artist that just debuted via Spotify this August.

“Lowbrow holds a special place in my heart having seen so many amazing concerts there. I’m proud to be a part of this fundraiser and give back to this iconic music venue,” said Rouge.

“With everyone donating their time and coming together to make this happen, it should definitely make for a special evening in our El Paso community. I just can’t wait to perform my new single ‘I Cry’ along with several other new songs for fans next week. Hope everyone can make sure to tune in and donate.”

The Swells Kids, two aspiring Mexican-American singers/producers/DJ based in El Paso, are also on tap to perform. The duo just released their latest single, On A Better Day”, this July following last year’s EP “Bloom”. Fans can listen along via Spotify, before the team performs the new song during their upcoming livestream performance.

Visit www.lowbrowpalace.com to learn more about the iconic West Texas music venue.  The Lowbrow Palace is slated to honor its 10th-anniversary next summer with more information surrounding the milestone celebrations to be announced in the coming months. 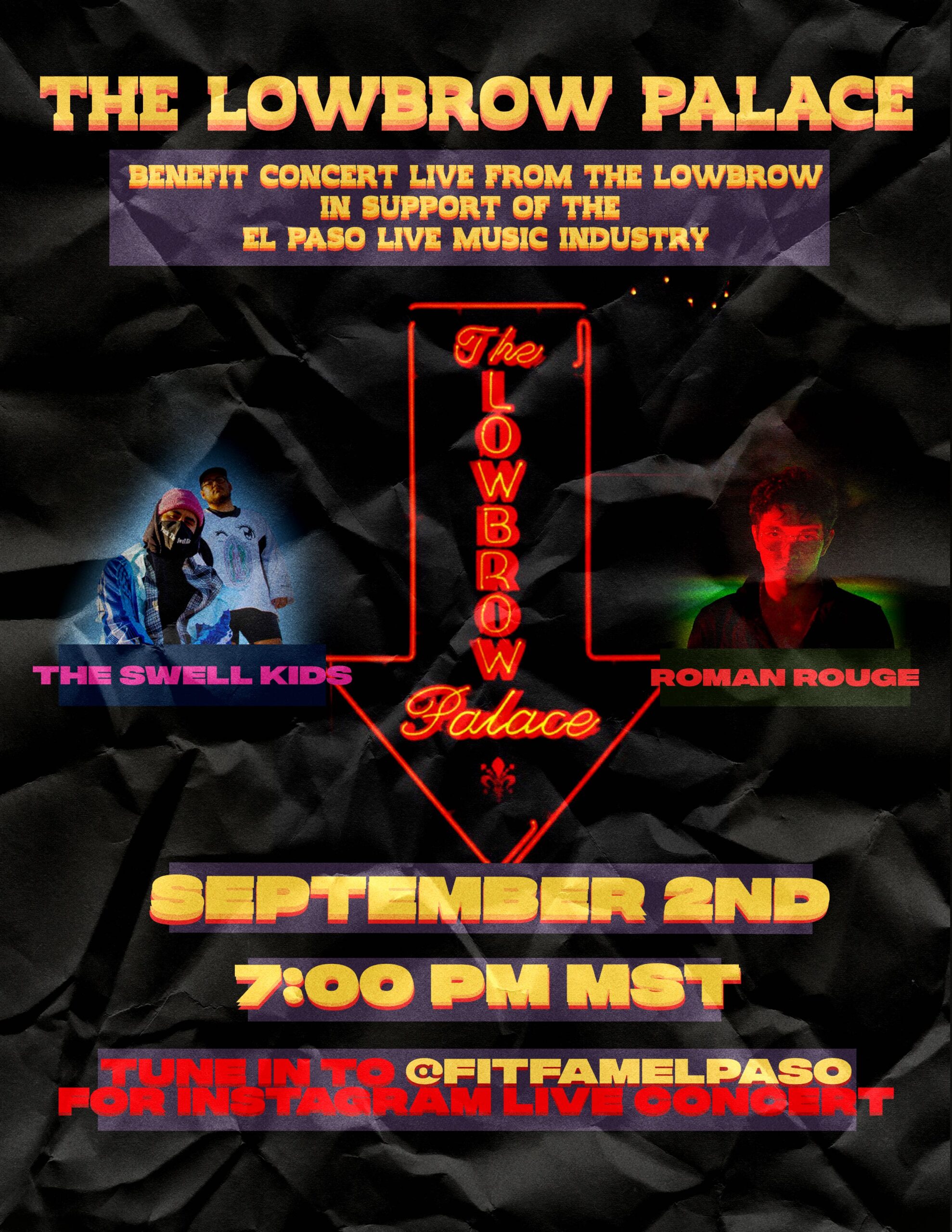