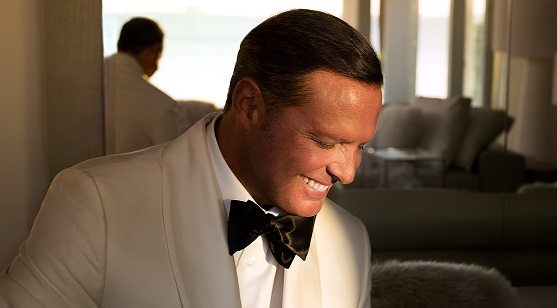 Mexican singer, icon, and one of the most successful artists in Latin American history, Luis Miguel, announced North American dates for his ¡México Por Siempre! Tour, and El Paso is one of his stops.

The 22-date outing will kick off May 4 in San Diego, followed by his first ever headlining performance at the world-famous Hollywood Bowl in Los Angeles, on May 6.  His stop in the Sun City will be on Sunday, September 2, 2018 at the Don Haskins Center

¡México Por Siempre! was also the title of Miguel’s most recent studio album, which was certified double platinum.

Luis Miguel has always established records without precedents, not only because of his extraordinary voice, his versatility which lands him in different genres such as pop, bolero, mariachi, big band and romantic ballads, but also because of the preparation, elegance and his true artistry, all of which has made him one of the great icons in music and a major Latin artist around the world.

Throughout his exceptional 36-year career, Luis Miguel has released 33 albums, many of which have reached gold, platinum and diamond status. He has sold over 100 million albums all over the world, has a star on the Walk of Fame in Hollywood, and is a 6-time Grammy winner and 4-time Latin Grammy winner.

The International Press Association in Las Vegas has honored him with their most prestigious award—The Galardón Diamante. After completing an extensive 3 and a half year-long tour, he holds the record of highest tour revenue in the history of any Latin artist.

During the prestigious Viña del Mar Festival, he received the Gaviota in silver, gold and platinum, which has never been granted to any other artist. He has broken attendance records on each of his world tours and has received numerous other awards.

In the National Auditorium, the most important forum in Mexico, Luis Miguel shattered attendance records with 223 shows at this venue, which has yet to be surpassed to this date.

Produced by Live Nation, the highly anticipated tour will also make stops in major cities across the U.S. and Canada, including Chicago, Houston, Miami, Toronto, New York, and more.

Tickets will go on sale to the general public beginning Friday, February 16 at 10am local time at LiveNation.com. Citi is the official pre-sale credit card of the ¡México Por Siempre! Tour.

As such, Citi cardmembers will have access to purchase pre-sale tickets beginning February 13 at 10AM local time through Citi’s Private Pass program. For complete pre-sale details visit their website.