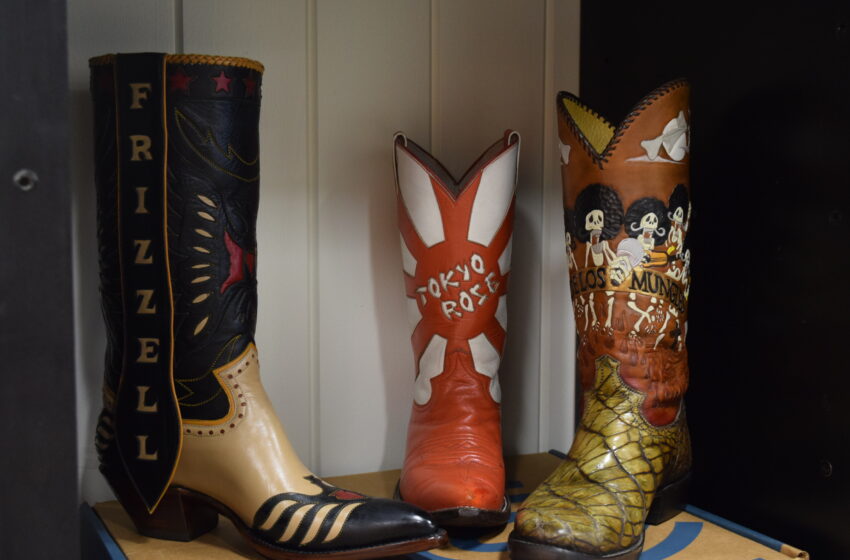 El Paso is known as the “Boot Capital of the World” for good reason. Boot making is part of the city’s history and culture and the El Paso Museum of History will highlight the craftsmanship of local boot artisans with Made in El Paso: The Traditions, Influence and Legacy of El Paso’s Cowboy Boots.

The exhibit opened to the public on Thursday, October 1, 2015, in conjunction with Tom Lea Month. The free exhibit will be open during the museum’s regular operating hours. Made in El Paso will be an annual series of exhibits highlighting El Paso made products that will be presented during Tom Lea Month.

“It has been more than 30 years since the museum hosted an exhibit on El Paso cowboy boots,” Curator Barbara Angus said.

“In that timespan we have seen a shift back to fully handmade and custom fitted boots, which El Paso – with many third and fourth generation boot makers among its population – is ideally suited to produce.”

The exhibit explores the history of the cowboy boot and how it is made. It includes examples of boots and artifacts from the Paso del Norte Region.

The museum is also featuring the work of several El Paso bootmakers including Lucchese,

The exhibit will be open through January 3, 2016, so that visitors to the Sun Bowl may stop by and learn the history of El Paso boots before they go shopping. All El Paso boot makers are encouraged to make sure their business name is recognized in the exhibit.

Continue in browser
Made in El Paso exhibit now open at Museum of History
To install tap Add to Home Screen
Add to Home Screen
El Paso Herald Post
Get our web app. It won't take up space on your phone.
Install
See this post in...

Made in El Paso exhibit now open at Museum of History