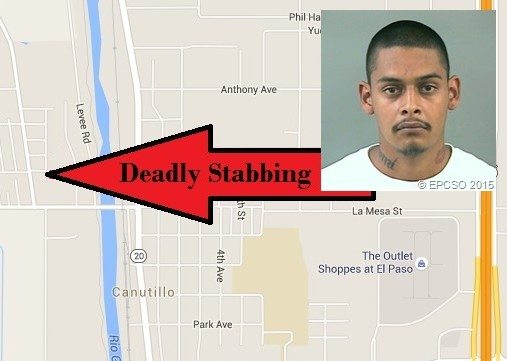 One man is behind bars after a deadly stabbing in Canutillo this weekend.

According to the El Paso County Sheriff’s Office, Deputies responded to a medical call along the 100 block of Dixie in Canutillo. Officials say that Deputies discovered that a fight had taken place between two of the people attending a party at that location. As a result of the fight, Luis Francisco Delgado was  stabbed several times.

Delgado was rushed to a local hospital where he later died as a result of his wounds.

The Sheriff’s Office Major Crimes Unit and Crime Scene Unit was called out to the location and took over the investigation. According to EPCSO officials,  Edger Cardenas was identified as the person responsible for the stabbing.

Cardenas was later arrested and charged with Murder,and booked into the El Paso County Detention facility under a 1 million dollar bond.