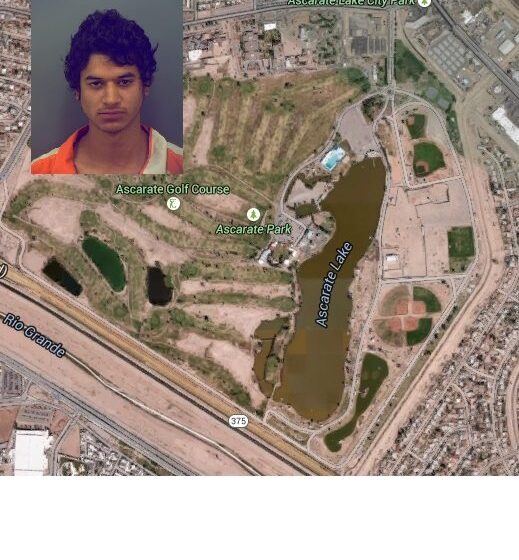 Officials with the El Paso County Sheriff’s Office say one man was killed Tuesday night, after the car he was riding in ended up in Ascarate Lake.

Deputies were sent to Ascarate Park just before 11:00 p.m. Tuesday night, after calls of an accident inside the park were received. When they arrived, they spotted a car in the lake. According to officials the driver of the car, Diego Gamez, was found a short distance away from the wreck, allegedly attempting to flee the scene.

The Sheriff’s Office Special Traffic Investigators were called to conduct the investigation. Official say their preliminary investigation has revealed that the vehicle – described as a black Saturn – was “traveling southbound on R. E. Thompson Loop inside of Ascarate Park at a high rate of speed.”

The road and area where Gamez crashed, was originally designed as a Grand Prix road course, and races were held there periodically until the early 70’s

Officials say that Gamez failed to negotiate a curve, left the roadway and the Saturn vaulted into a grassy area near the lake. They add that the car then struck a retaining wall with the left side of the car, causing it to rollover into the lake.

Deputies say Gamez was able to exit the vehicle and flee, leaving his passenger trapped inside.

Sanchez was rushed to University Medical Center where he was pronounced dead.

EPCSO officials say that Gamez was arrested for Intoxicated Manslaughter and was booked into the El Paso County Detention under a $100,000 bond.