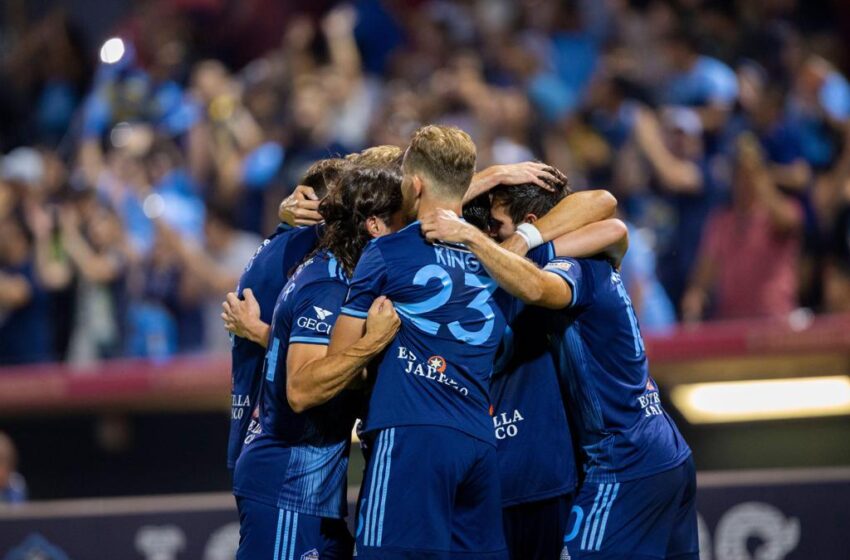 Midfielder Dylan Mares recorded two goals within two minutes in the 56th and 57th minutes of the game to secure the full three points at home.

“Tonight, was about our response, our reaction, and showing people who we are,” said Head Coach and Technical Director Mark Lowry. “I thought for the majority of the game we did that. Obviously, the second half is what people will remember but I thought the guys did a decent job all the way through. In the second half, they just showed that extra intensity and determination.”

A fast-paced battle through the midfield throughout the opening 45 minutes, Locomotive and New Mexico United gave it their all looking for the advantage goal early. Both teams were able to push their offensive throughout the half, however, the defensive work on both ends kept the game level up until the 41st minute. Awarded a freekick about 20-yards-out, New Mexico United’s Brian Brown sent the ball low and to the near post for the opening goal.

Locomotive flew out of the gate to start the first half, seeing Midfielder Diego Luna attempt to out-dribble three defenders and Midfielder Nick Ross taking a shot towards goal that gets saved by United ‘keeper Alex Tambakis. That explosive start paid off through Mares, however, as he found two goals in quick succession to turn around the scoring.

The first came through a low shot that rocketed into the bottom corner, while the next he capitalized off a deflection from Tambakis to clean up on an open goal. While United chased the equalizer, Los Locos showed up defensively while pressing the attack nearly finding a third goal, but ultimately claimed the win 2-1.

Up next, El Paso Locomotive goes on the road to take on Real Monarchs at Zions Bank Stadium. The match scheduled for Friday, July 9 with kickoff set for 8:00 p.m. MT and will be broadcast live digitally on ESPN+.

NM: Brian Brown, 41st minute: From a freekick opportunity Brown took his shot to keep it low and toward the near post. He sent the ball underneath the Locomotive wall towards the near post, slotting home the goal advantage.

ELP: Dylan Mares (Diego Luna), 56th minute: Picking up the ball from Luna at the top of the box, Mares found his chance with a fast right-footed shot that stayed low, destined for the bottom left corner of the net, just out of the reach of the United ‘keeper.

ELP: Dylan Mares, 57th minute: Not even a moment after finding the equalizer, Mares used his pace to get into the box, capitalizing on a shot by Bryam Rebellon that was deflected out by United goalkeeper Alex Tambakis. Cleaning up the spill on a wide-open net, Mares took his shot for the brace.

– Midfielder Dylan Mares added two goals to his goal-scoring account, making for six goals in a Locomotive jersey during regular season. His six goals put him at #3 in the club’s leading goal scorers, just behind Aaron Gomez and Jerome Kiesewetter who each have 12.

– For the first time since the 2019 Western Conference Final, Sebastian Velasquez made an appearance on the lineup, starting on the bench before subbing into the game in the 58th minute

– Locomotive claimed its second win over New Mexico United in regular-season, moving the record to 2-2-4 in the all-time series, not including playoffs. 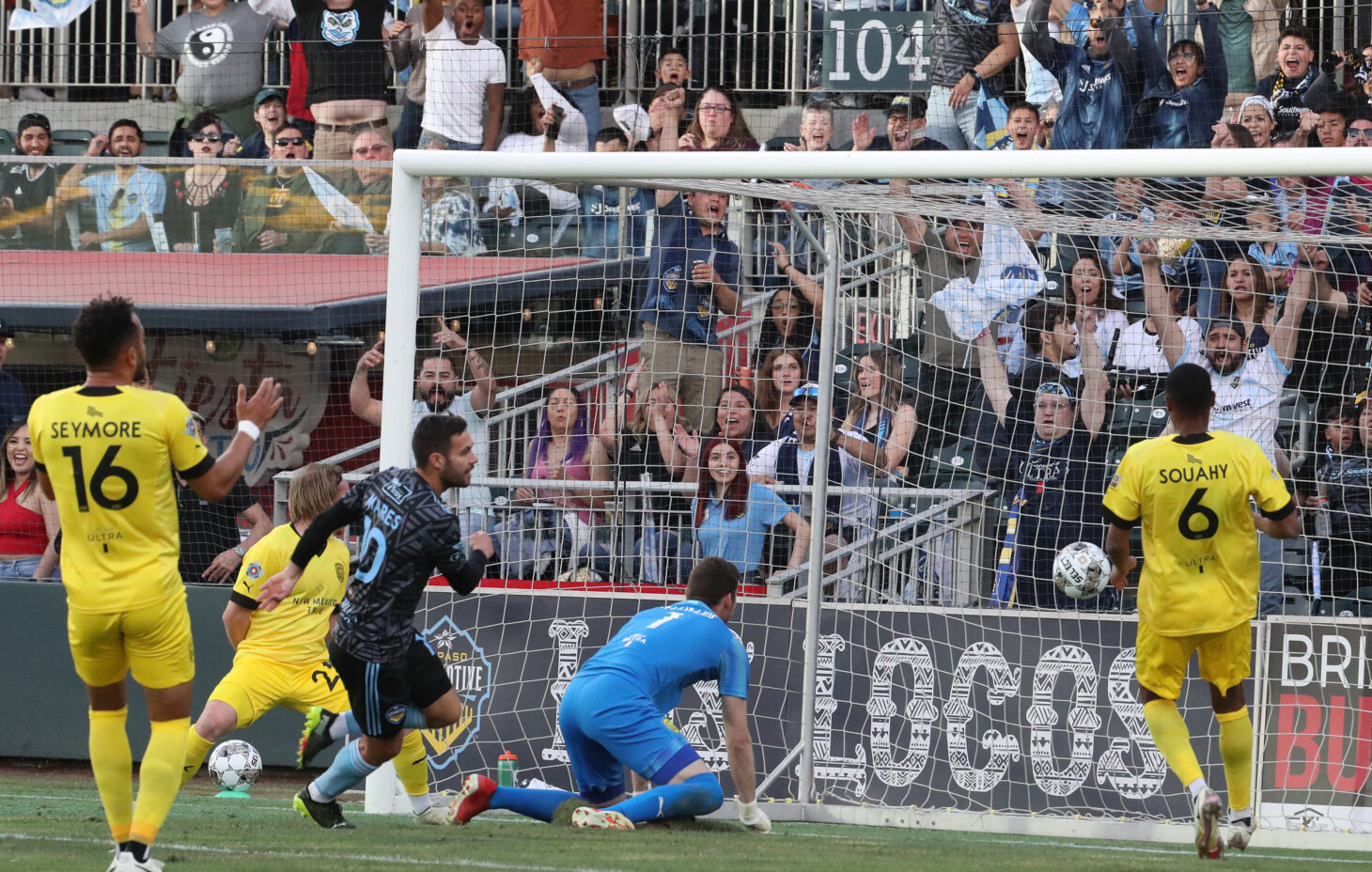