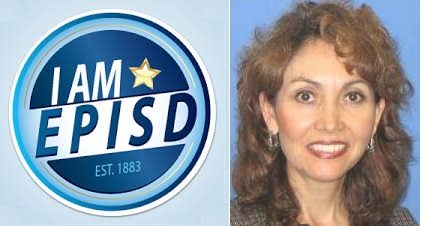 Maria Kennedy, a long-time physical education teacher and basketball coach in the El Paso Independent School District, has been named the Director of Athletics for the District.

Kennedy will oversee all athletic extracurricular operations for EPISD and work with coaches at all high schools and middle schools to make sure students have access to athletic activities in accordance to state and University Interscholastic League regulations.

She also will be in charge of all athletic facilities in the District, including the potential upgrades that are part of the 2016 EPISD Bond.

“Maria has done a great job of managing our athletic department as an interim director, and we are confident that she will continue to serve the student athletes of our District in a manner that will improve their quality of life,” Superintendent Juan Cabrera said.

She has bachelor’s and master’s degrees in physical education from Sul Ross State University, where she played college basketball. She also earned a mid-management certificate from New Mexico State University.

Her career in education began in Victoria, Texas, where she served as a physical education teacher. She arrived in EPISD in 1986 where she taught and coached at Coldwell School and Irvin High School. She then moved to Franklin High School, where she was the head girls basketball coach for 11 years.