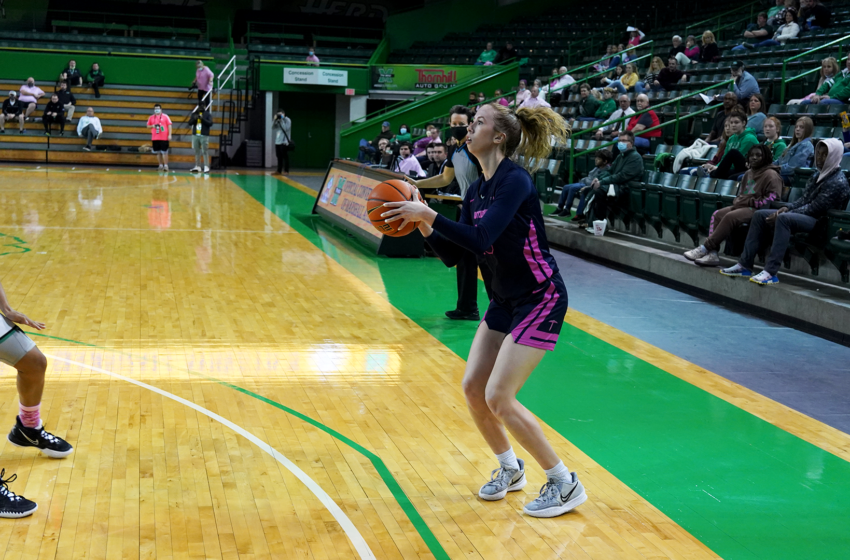 HUNTINGTON, W. Va. – Big second and fourth quarter runs led Marshall to a 60-48 win over UTEP on Sunday in the Cam Henderson Center.

In the second quarter, the Thundering Herd (12-10, 7-6 Conference USA) turned a two-point game into a nine-point lead heading into the break with seven straight points over the final 55 seconds of the half.

Marshall then turned to another hot stretch in the fourth quarter to extend a 45-39 lead into a 57-41 advantage with 2:32 remaining as the Thundering Herd held UTEP (13-10, 5-8 Conference USA) without a basket for nearly five minutes.

The Thundering Herd went 9-of-23 (39.1 percent) from the perimeter in the win after entering the game shooting 30 percent on 3-pointers as a team and averaging 6.3 makes per contest.

“Marshall is not a great 3-point shooting team, however they just kept getting timely three after timely three” UTEP Head Coach Kevin Baker said. “Every time we would make a run at them they would hit a timely three, and that’s not really what they do – but you have got to give them credit – they hit the shots that we could not hit. For whatever reason we just were not shooting the ball well today. It’s a shot makers game. If you want to win in Conference USA, especially on the road, you have to hit some perimeter shots.”

A low-scoring affair in the first half saw the game tied at 15 with 4:18 to go in the second quarter after a perfectly executed pick-and-roll between Grace Alvarez and Adhel Tac for the Miners.

The even score was then broken up in part by the 7-0 Marshall run before the half that made it a 26-17 lead for the home team entering the third quarter.

UTEP kept things within single digits for much of the third quarter thanks in large part to Avery Crouse, who compiled three straight made baskets over the middle portion of the quarter.

For the day, Crouse totaled 12 points on 6-of-9 shooting with six rebounds and two assists.

Elina Arike scored eight points with six rebounds and the duo of Eliana Cabral and Brenda Fontana each had nice moments off the bench. Cabral had five points and five boards in 17 minutes, with Fontana adding six points and five rebounds in 16 minutes of action.

UTEP won the rebounding battle 44-36 and had 23 bench points compared to eight for the Thundering Herd.

Aaliyah Dunham and Savannah Wheeler each had 16 points to lead Marshall in the win, with Lorelei Roper adding a team-high 12 rebounds.

UTEP hosts Louisiana Tech to start off the final regular season home weekend of the season, hosting the Lady Techsters on Thursday, Feb. 17 at 7 p.m. MT.