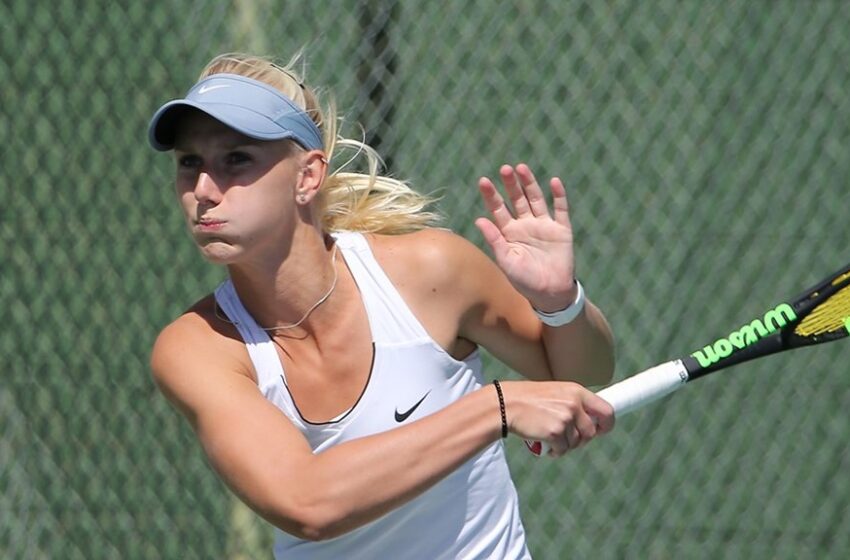 SAN DIEGO, Ca. – Freshman Erandi Martinez garnered her second win in as many days and her fourth win in a row as UTEP wrapped up the second day of the San Diego State University Fall Classic on Saturday at the Aztec Tennis Center in San Diego.

Martinez’s 6-2, 6-3 win over SDSU’s Berta Acero earned her a spot in the championship match of the White draw at the Classic, slated for Sunday at 11:15 a.m. (PT). Martinez will battle San Diego’s Carolin Nonnenmacher, who took care of Julie Vereecke from San Jose State 6-1, 6-1 on Saturday, for the draw’s title.

“Erandi has been playing singles extremely well,” head coach Ivan Fernandez said. “She is going for her fifth win in a row. It’s great to see a freshman in the finals of her draw, I’m really proud of how hard she is competing.”

Maria Paula Medina was forced to retire from her match in the Black draw consolation semifinals due to a stomach virus.

In the consolation semifinals in doubles action, Lois Wagenvoort and Martinez fell to San Diego’s tandem Carolin Nonnenmacher and Kati Kukaris 6-4 in the Red draw. Over in the Gold draw, Medina and Baigorria slipped against San Jose State’s Miyo Kobayashi and Savannah Sendar 6-1.

The Miners will wrap up the Classic beginning tomorrow at 9 a.m. (PT) with the final doubles matches. Wagenvoort and Martinez will face Grand Canyon’s duo of Martina Lo Pomo and Waschuk while Medina and Baigorria will take on San Jose State’s Sybille Gauvain and Tamara Culibrk at 9 a.m. (PT) in their respective draws.

Singles action will see three UTEP versus Grand Canyon match ups, first with Medina against Lana Rinaldi and Morozova taking on Autum Prudhomme, both at 10 a.m. (PT). Baigorria will battle Mya Etienne at 11:15 a.m. (PT) to round out the Miner and Antelope matches. Martinez’s championship match in the White draw is set for 11:15 a.m. (PT).