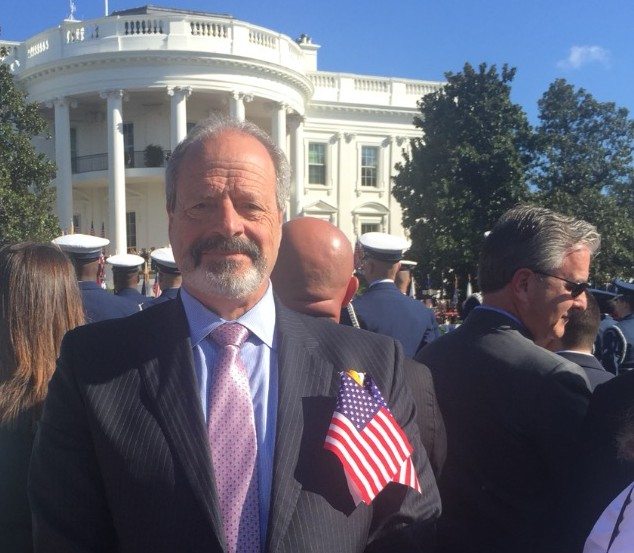 Mayor and Mrs. Leeser departed El Paso yesterday to travel to Washington, DC to attend the formal ceremony held this morning on the Front Lawn of the White House. Their reserved seats were to the left of the official stage where both President Obama and Pope Francis addressed the crowd.

“I am humbled by the invitation from President Obama for both myself and Lisa to be present at today’s ceremony,” said Mayor Oscar Leeser. “Witnessing Pope Francis and hearing his message to the American people was a once in a lifetime experience. I am honored to have represented the El Paso community in Washington, DC today.”

While in DC, Mayor Leeser was one of nine mayors invited to attend a high level meeting last night with White House officials in the Roosevelt Room.

The meeting centered around President Obama’s priorities for our nation emphasizing a focus on community security due to increased crime rates in cities across the nation.

Representing the safest city in America, Mayor Leeser shared insight into efforts by our local law enforcement to keep crime rates among the lowest in the nation.