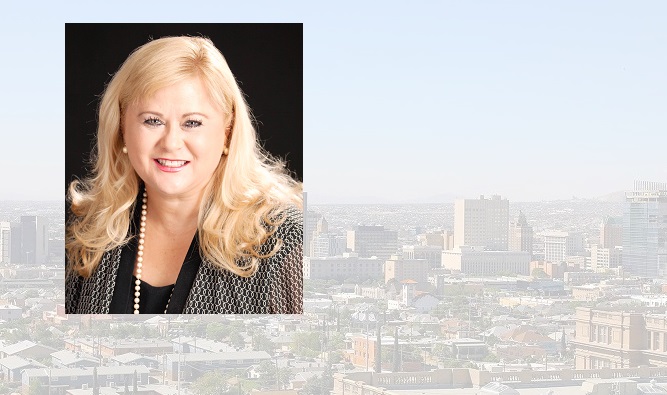 Mayor Oscar Leeser named Estrella Escobar Senior Chief of Staff in the Office of the Mayor.

Escobar currently serves on the Texas Bar Foundation Board of Trustees and is a member of the Hispanic Leaders Association, and previously served for 19 years in the President’s senior leadership team at The University of Texas at El Paso (UTEP).

She has served on the U.S.-Mexico Bilateral Forum on Higher Education, Innovation and Research, is a former Director of The Texas Lyceum and member of the State Bar of Texas Board of Directors.

Escobar has extensive knowledge of the binational and bicultural border region and is fluent in Spanish and Portuguese.