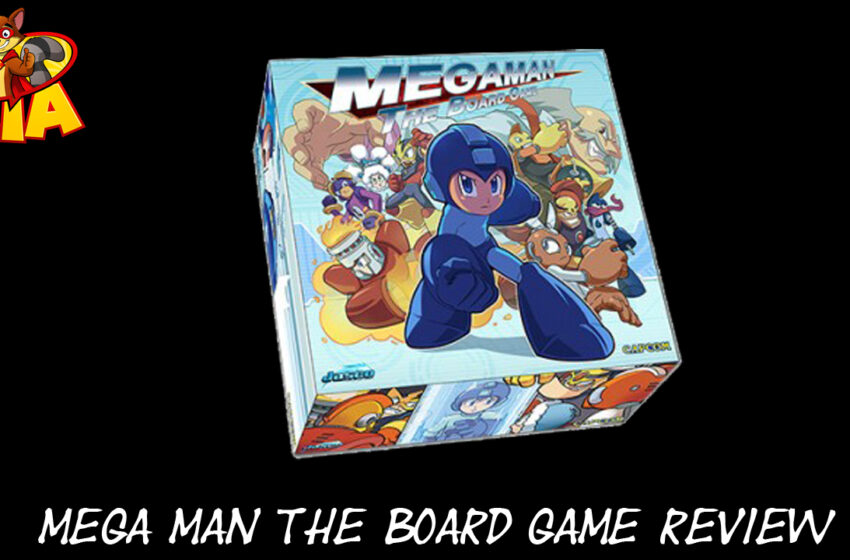 Howdy, time for another board game blog! Today we are going to look at Mega Man the Board Game by Jason Hawronsky, Matt Whitaker, and Jasco Games.

Mega Man the Board Game is a competitive game for 2-6 players based on the video game Mega Man. To begin setup place the board in the center of the table.

Each players hero figure goes on a different robot master board.  Each player grabs a health counter and sets it to 28 health. Each player also takes 3 life tokens and 3 energy cubes as well as an action deck. Lastly, shuffle the deck and draw four cards.

On your turn you will reveal a challenge card from the deck of the robot master you are attempting to fight.

The challenge card will have a number of symbols on the bottom that you will have to roll to complete the challenge. You may choose to play an ability card (or use your hero’s or any collected boss abilities once per challenge) from your hand to aid you in this challenge.

This continues until every player has either passed or the action point values are reached. When a player plays a card they draw back up to four action cards. After all action cards have resolved you select a number of “Threat” dice to roll on the challenge.

Once all rolling is done you resolve any damage and effects of both enemies and the player on the dice and any cards played by all players. If successful you move to the next space on the robot master board. If unseccessful you remain in the space you are in and your turn immediately ends. You may then choose to press on. You may repeat this process as may times as you can or you may pass your turn. This allows the next player clockwise to take their hero turn.

If ever you lose enough health that your hero is killed you remain in the space you are currently in, lose a life token, and your turn ends. On your next turn you start with full health and energy.

If you haven’t died you will only refill your weapon energy cubes to full (usually 3 cubes). If you lose all of your lives you must remove your hero from the board, take 3 new lives, and reset your health and energy.

On your next turn place your hero on any of the robot master’s boards at the beginning space (including the one you were on previously).

When you reach the space adjacent to a robot master boss you will flip your hero’s reference card over to the boss battle side.

This will change what you do on your turn as the battle will take place over a number of rounds (consisting of one hero turn and one boss turn). You may play one action card per turn even after rolling dice. You may play your hero and/or boss abilities once per turn.

Roll all dice equal to your threat value (6 dice usually). Score dice and allocate damage and effects (Only hits count against bosses and you can’t use any energy rolled to heal). The Dr. Wily player to your left (and then their left after each turn) will roll dice equal to the Robot Master’s threat level.

Next allocate damage and effects as listed on the boss card. This process repeats until there is a victor! If you die, lose a life and continue on your next turn at full health and energy fighting the boss.

If you run out of lives you must start over as dictated above. But, if you are victorious you gain the boss card as a new ability (flip it over to the boss power side), refill your health and energy to full, and remove your figure from the board and end your turn. Next you will select a new boss to challenge by placing your figure on the first space of their board on your next turn.

If you were the first to defeat that particular boss you gain their figure as a trophy! The boss trophies can be returned on any subsequent turn to change any one die to a face of your choice.

After you have defeated at least 2 robot masters you may move to the center board and attempt to stop Dr. Wily. You take on challenges as before and when you get to the space adjacent to Dr. Wily you fight him just like any other boss. The only exception is when you defeat him you must flip his card over and fight him again!

And that’s it. The first player to defeat Dr. Wily wins! Mega Man the Board Game retails for $79.99, and comes with a ton of stuff including enough cards, tokens, life counters, and pre-painted miniatures for 2-6 players, 12 custom dice, main board and 6 robot master boards.  Plus if you want to play as a different character you can purchase hero add-on packs for (at time of this writing) Rush, Roll, and Proto Man for $14.99.

I give the game 8 Robot Masters out of 8!

Until next time, keep playing games and all your base are belong to us. 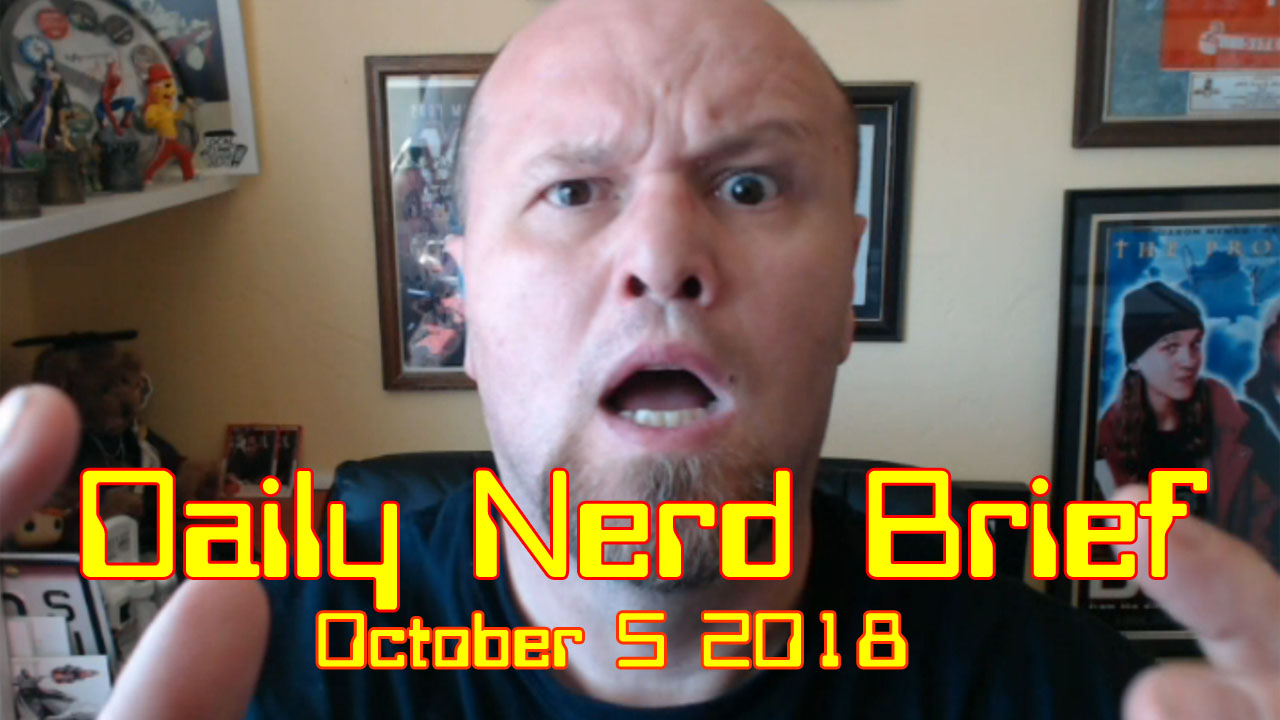 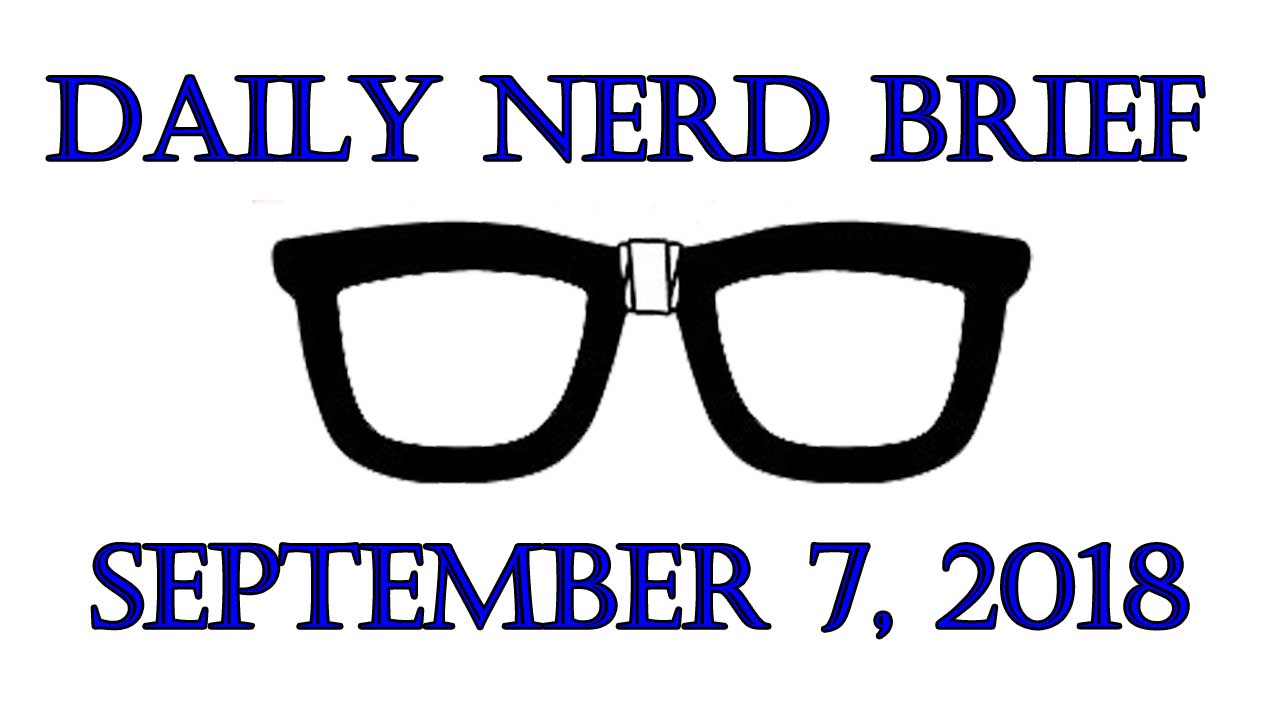