ALBUQUERQUE – The Mexican gray wolf is so threatened with extinction it was not included in the Trump administration’s order to remove other gray wolves from the endangered-species list.

Now a pair of adults and their offspring have been relocated to private property for a fresh start.

Bryan Bird, director of the Southwest program for Defenders of Wildlife, said a pair of adults and their offspring, deemed a nuisance by a rancher, will soon be released on the Ladder Ranch owned by communications pioneer and philanthropist Ted Turner.

Bird pointed out it is an unusual arrangement, because it is the first time translocation of Mexican gray wolves has occurred on private land, and also because the wolves were previously confined.

“This family has come from the wild,” Bird explained. “They were held in captivity until the female birthed her pups, and the pups are old enough to go back into the wild.”

Mexican gray wolves, commonly referred to as “el lobo,” once numbered in the thousands, but by the mid-1970s were wiped out by hunters and ranchers, with just a handful existing in zoos. In 1998, the U.S. Fish and Wildlife Service released 11 Mexican gray wolves back into the Southwest wilderness.

Bird believes the wolf recovery program run by the Fish and Wildlife Service could benefit from the Turner relocation.

He noted because the male wolf was cross-fostered, it’s considered genetically valuable in the wild population and a good candidate for boosting survival of the threatened carnivore.

“What the recovery program is trying to do is get genetic diversity back into the wild population,” Bird observed. “So, that’s why this one wolf, we cannot spare his genetic code.”

The 243-square-mile Ladder Ranch, the site of other endangered-species recovery, including black-footed ferrets, is expected to provide the wolves with plenty of deer and elk to hunt.

Disclosure: Defenders of Wildlife contributes to our fund for reporting on Climate Change/Air Quality, Endangered Species and Wildlife, Energy Policy, Environment, and Public Lands/Wilderness. If you would like to help support news in the public interest, click here. 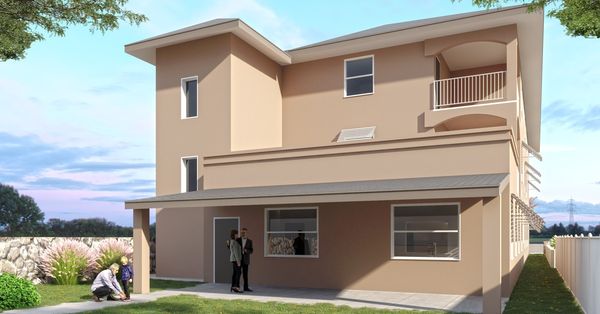