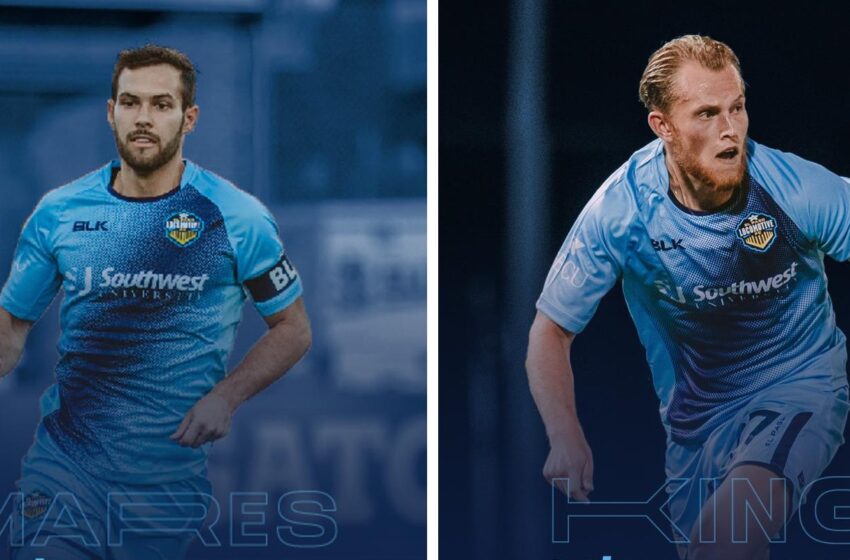 “Dylan and Macca encapsulate what we are about here. Both players are completely bought into our team-first environment,” stated Head Coach and Technical Director Mark Lowry.

“The work rate and quality both players have provided in their short time with us have been fantastic. Dylan is one of the top chance creators in the league and his ability to combine with his teammates and unlock the opposition has allowed us to evolve our attacking game. Macca from the right side provided a high quality of delivery in the final third and his defensive attributes fit in well with one of the best backlines in the league. It’s exciting to know both will be back with us in 2021 to kick on to bigger and better things.”

Mares, 28, joined the Locomotive side ahead of the 2020 season and immediately made his presence known on the field. Through the regular season, Mares proved to be a midfield maestro by scoring four goals and team-leading four assists while finishing second in the league in chances created. The Indiana native added another goal and assist during the 2020 playoff run to help lift Locomotive to a second consecutive Western Conference Final appearance.

King, 25, joined the Locomotive squad in August of the 2020 season, becoming a staple on the defensive line. King had a 73% passing accuracy, controlling the right side of the pitch.

Throughout his first season under the Locomotive banner, Macca earned a 69% tackle rate while contributing to the offense with the opening goal in the club’s first win over regional rivals, New Mexico United. A signing that Coach Lowry said was made with an eye towards the future, King will continue to make an impact through the 2021 season.

Mares and Macca join Eder Borelli and Leandro Carrijo as part of the core players returning to the field for Locomotive in its third USL Championship campaign. El Paso Locomotive is currently working on additional player announcements for the 2021 season and will announce the renewals and new signings once they are confirmed.