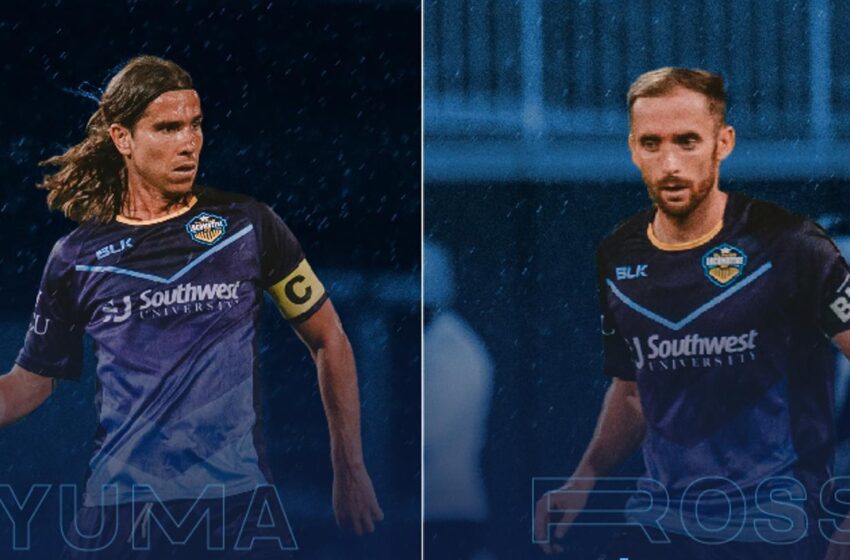 El Paso Locomotive FC club officials announced Wednesday that Midfielders Yuma and Nick Ross will return for their third seasons with the club in the 2021 USL Championship season, pending league and federation approval.

“Both Yuma and Nick have been key pieces to our system and success over the first two seasons,” said Mark Lowry, Locomotive Head Coach and Technical Director. “They characterize perfectly what we want and expect from Locomotive players; intelligent, hardworking team first mentalities. We have more to accomplish together and I couldn’t be happier to spend a third year with these two top individuals.”

Yuma, 35, returns for his third season with Locomotive, leading the team with a versatile veteran presence on the field. Assuming the captain’s armband through the second half of the return to play, Yuma slipped back from his usual defensive midfield position to center back, leading the backline to success as one of the most secure in the Western Conference. Adding on to his already impressive resume from the Locomotive inaugural season, Yuma made 31 clearances while winning 72% of his tackles, showing his experienced defensive prowess.

Ross, 29, enters his third season with the Locos Blue, having so far made 37 appearances with three goals and three assists in his first two seasons. The Scotland native continues to provide world-class quality in the defensive midfield earned from a wealth of experience in Scotland and Romania. Having played an integral role in helping lift Locomotive to two consecutive Western Conference Final appearances, Ross is a welcome return to the 2021 Locomotive squad.