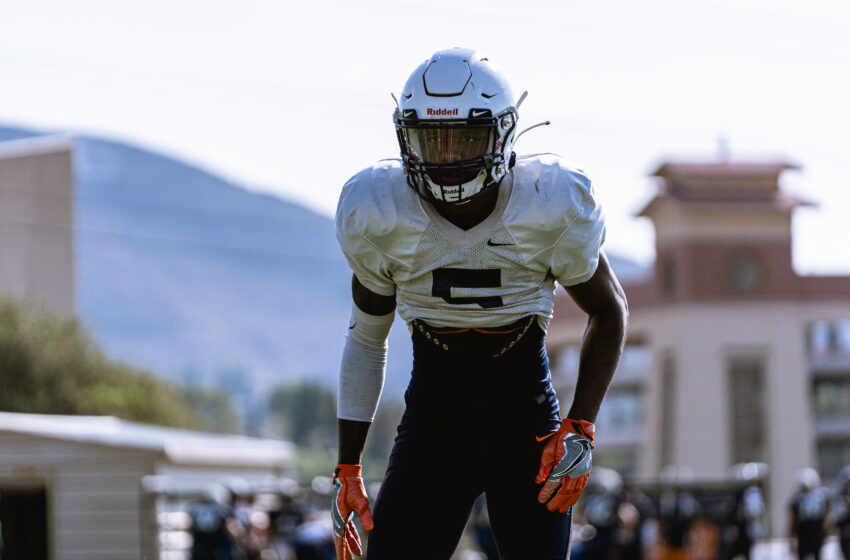 Twenty-three defensive backs are listed on the Miner football roster heading into the 2021 season with numerous key returnees and some fresh faces making up the deepest position on the field for UTEP.

Justin Prince is one of the key pieces returning in the secondary. The redshirt junior ranked third on the squad with 31 tackles in all eight games played last season. Prince and the defense are learning a new scheme as the Miners hired new defensive coordinator Bradley Dale Peveto during the offseason.

“[Coach Peveto] is a good mentor for us and a good leader,” Prince said. “We love his scheme and it puts us in positions to make plays. We’re set to a higher standard since Coach P got here. We’re focusing on forcing turnovers every day and causing havoc to the offense.”

Last season, the Miners tallied only two interceptions and forced six fumbles. Senior defensive back Dy’vonne Inyang forced two of those fumbles last season. Inyang will also be looked upon “to cause havoc”, while providing veteran leadership. Inyang, in seven games played in 2020, totaled 32 stops and a pass breakup during his second season with the Miners.

“Practice has been going really well,” Inyang said. “All 11 guys on the defense are working hard, flying to the ball and making plays every day. Coach [Peveto] is a great coach. He came in with a new defense and we’re getting it down well.”

Kansas State transfer Walter Neil, Jr. was recently named to the Senior Bowl Watch List on Aug. 12. The senior cornerback spent four years with the Wildcats, while seeing action in 30 games from 2017 to 2019.

Josh Caldwell also adds to the veteran leadership as the senior defensive back returns. Caldwell has played in 30 games since 2018.

“Those are the guys who you really hit the special teams with. Last year, I felt like we weren’t quite there yet with our roster having enough depth. I feel like we’re supplementing our special teams and I feel really good this year where our special teams’ talent is.”

The 2021 UTEP Football season opens on Saturday, Aug. 28 with the “Battle of I-10” versus NM State in Las Cruces. Kickoff is set for 7:30 p.m. MT at Aggie Memorial Stadium. The home opener versus Bethune-Cookman is scheduled for Saturday, Sept. 4 at the Sun Bowl and will kick off at 7 p.m. MT.

Season tickets and multiple ticket packages are on sale for the 2021 UTEP Football season. Season ticket prices start as low as $65 and flexible payment plans are available.