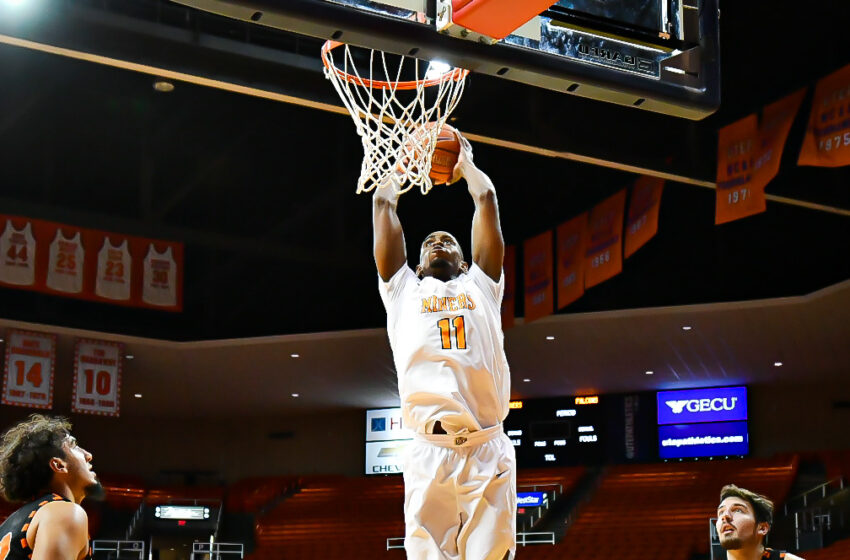 The UTEP men’s basketball team will host Sul Ross State on Saturday evening. Tipoff is set for 6 p.m. in the Haskins Center, however fans will not be permitted for the contest.

The Miners (1-0) and Lobos (1-2) are meeting for the 38th time on Saturday. UTEP has won the last five regular season meetings dating back to the 1960-61 season and owns a 23-14 overall record. The two schools last met during the regular season on November 24, 2003 with UTEP coming out on top, 98-76, in the Haskins Center. The squads last faced each other during an exhibition game on November 5, 2011 in El Paso (Miners won 76-60). Saturday’s contest will count as an exhibition for Sul Ross State and a regular-season game for UTEP.

UTEP is coming off a 100-81 victory against UT-Permian Basin on Nov. 25 to open the 2020-21 season. Souley Boum led the charge with 23 points and tallied four assists, while five other Miners scored in double figures.

Kennedy produced collegiate career highs in points and rebounds (10), and recorded his first career double-double. Hess was perfect from the field (4-4), including a 3-for-3 effort from downtown, and Sjolund went 4-of-5 from the field in just over 13 minutes of action.

The Miners recorded 10 steals, and forced 16 turnovers. It was the most steals since posting 10 on Jan. 25, 2014 against UTSA. UTEP’s 20 assists against the Falcons were the most during the Rodney Terry era.

UTEP hit the century mark and had six players in double figures for the first time since beating Louisiana College, 100-50, on Nov. 11, 2017. The Miners’ 61 points in the first half ranks the second most scored during the first period in program history. It was also the most points scored in one half since Jan. 4, 2016 when UTEP scored 65 points against Marshall in the second half.

RSU Head Coach Xavier Webb is in his first year at the helm, and one of the youngest head coaches in the nation as he recently graduated from Sul Ross State University in 2017. Senior Tristen Licon leads the Lobos in scoring (15.3 ppg) and rebounding (10.0 rpg). Licon is a 6-foot senior guard from El Paso, Texas, who played his high school ball at Americas. Licon is one of four El Paso players on the roster.

Fans can also stream the game on CUSA.tv.

The UTEP-Sul Ross State contest can be heard on 600 ESPN El Paso with “The Voice of the Miners” Jon Teicher calling the action in his 40th season behind the mic.