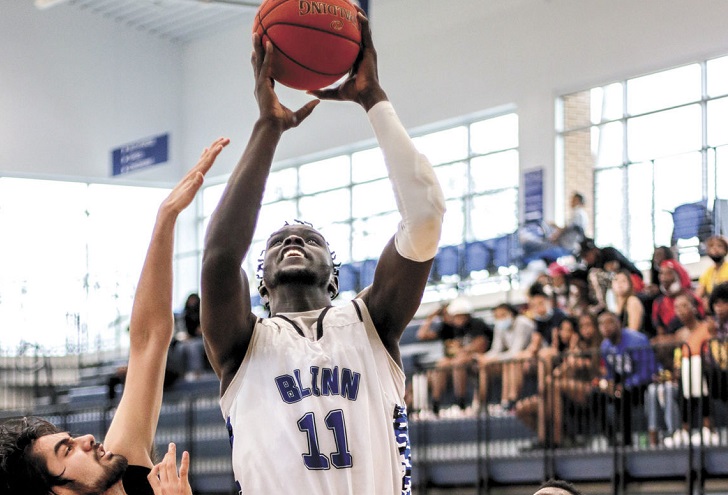 “Bonke gives us a great inside presence and is immediately ready to play with his size, strength and girth. We feel he’s very complete and can play over both shoulders. He can play in the low post; the high post and he can rebound the ball,” Head Coach Joe Golding shared.

“Offensively, he’ll give us immediate help at the high and low post which is very key and integral to our offense.”

Maring will have three years of eligibility to play due to COVID free year.

He opened sophomore season with a season-high 21 points (8-8 FG) and eight rebounds against Victoria College. Maring ripped down a career-high 16 boards and scored 17 points (7-8 FT) against Paris Junior College, tallied 19 points (9-14 FG) and 10 rebounds in the regular-season finale against Panola College and tallied 18 points (8-11 FG) with eight rebounds in a win against Dallas Christian College

FOR THE RECORD: The photo for this story, which was provided to us by UTEP, was incorrectly attributed in the initial publishing.  The photo was taken by Deanna Swindell/The Banner-Press.