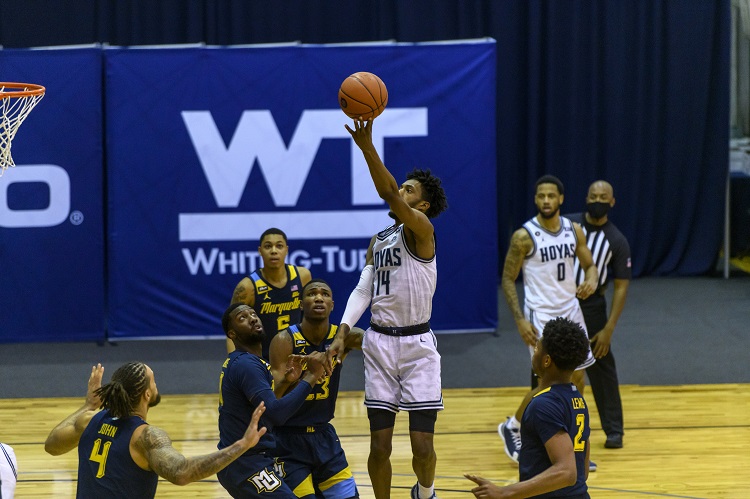 “We are very excited that Jamari has chosen to continue his basketball career at UTEP. He’s a very talented young man who can change the game on both sides of the floor. He’s played on the most competitive stages of basketball since a young age,” Golding shared.

“Jamari’s been a winner everywhere he’s played including a state championship in high school and an NCAA tournament appearance last year. I know that Miner nation is going to enjoy watching him player over the next four years.”

Sibley is a 6-8 forward who played in 21 games as a freshman at Georgetown. Sibley will have four years of eligibility to play due to COVID free year.

Sibley played in 21 games (116 minutes) while at Georgetown during freshman season (2020-21) and totaled 25 points, 19 rebounds, two steals and two blocked shots. He hit 10-of-21 from the field (47.6 percent), along with a pair of 3-point buckets, and tallied a season-high seven points on 3-of-4 shooting from the floor, while adding a season-best three rebounds versus Marquette.

Sibley completed a prep year at Oak Hill Academy (Virginia) after closing high school career at Nicolet in Wisconsin. His efforts surged Nicolet to the Division 2 state title during season year, averaging 19.1 points per game on 59 percent shooting from the floor and 7.4 rebounds per contest.

At the D2 state tourney, Sibley averaged 18 points, 7.5 rebounds per game, and posted 23 points and nine rebounds in the title game.