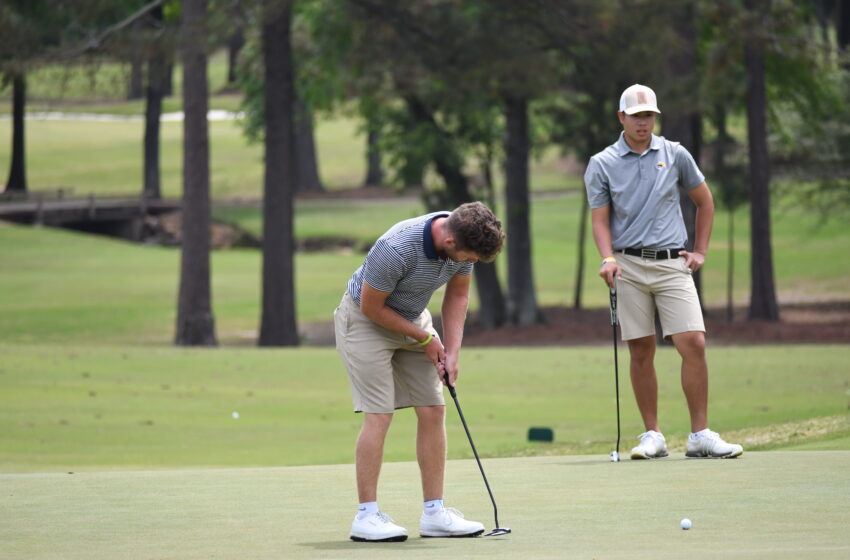 TEXARKANA, Ar. – UTEP closed out the first round of play at the 2021 Conference USA Men’s Golf Championship with the Miners finishing the day in ninth place on Monday at Texarkana Country Club in Texarkana, Arkansas.

“I was impressed with our attitude today,” head coach Derek Plucienski said. “We fought hard and stuck to our game plan. We did not make a double, which is outstanding. We are six shots out of the match play portion, so I’m excited about tomorrow’s round. A better day on the greens tomorrow will put us in a good position going into the final round of the stroke play portion.”

The Miners opened the event on Monday with a team total of 295 to finish the first round at 7-over par. UTEP was paired with Southern Miss and Rice on day one, while the Miners will be paired alongside Rice and Middle Tennessee for the second round.

The second round will tee off at 7 a.m. MT on Tuesday.

All five Miners ended the opening day in the top 50, led by senior Danny Daniels, who shot even par (72) to finish the day in a tie for 15th place individually. Greg Yellin and Marcus Khaw ended the first day tied for 24th after both shot 74 (+2) on Monday.

Greg Holmes finished the day with a round of 75 (+3) to finish tied for 31st, while Cole Donielson will enter the second day tied for 43rd after shooting 76 (+4) on Monday.

UTSA sits atop the leaderboard at 5-under par heading into the second round on Tuesday, while Chad Sewell (UTSA) and Khavish Varadan (UAB) are tied for first individually at 4-under par following the opening round of play.