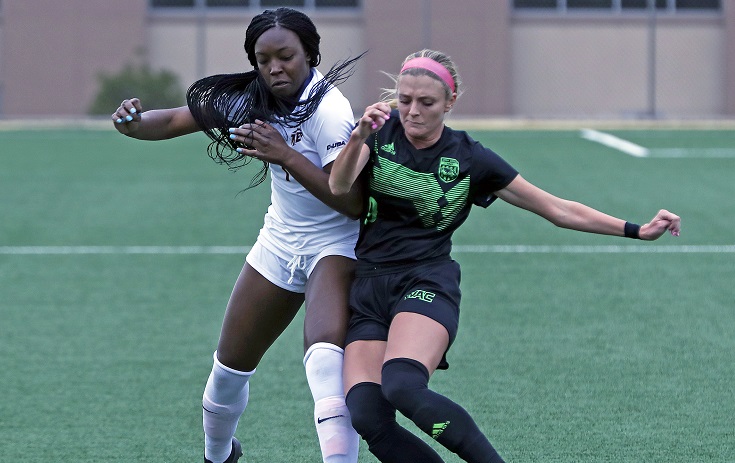 Cayla Payne, Jackie Soto, Adrianna Jimmerson, Isabel Trevino and Nicole Pugsley will all be honored in a pre-match ceremony.

“We are excited to celebrate senior day and our five seniors,” UTEP interim head coach Stew Givens said. “It will be a challenging game against UNT as they have been at the top of the conference for a while. Our players have been really focused on this game since we last played (in conference) against UAB and I know they will be ready to go right from the first whistle.”

UTEP has been perfect in the Sun City with a record of 3-0-1, outscoring the foes by a combined count of 7-3 in those games. In their most recent home match the Miners scored twice in the final nine minutes to rally past UAB, 2-1, on March 14. They will need to be in top form with the Mean Green sporting a 3-1 road record on the season.

The Miners will also be looking to knock the rust off before playing three games down the stretch to prepare for the Conference USA Championships. UTEP hasn’t played since falling at No. 15 Oklahoma State on March 20, with a match at UTSA on March 27 postponed due to a positive COVID-19 test and subsequent contact tracing for the Miners.

Tessa Carlin leads the charge for the Orange and Blue, pacing the squad in goals (three) and points (seven). Six other players have found the back of the net once. Kam Fisher has been credited with a team-high three assists, while Vic Bohdan has registered two helpers. GK Emily Parrott has started seven of the eight contests, posting a save percentage of .745 and 41 total saves. She also has one shutout to her credit.

North Texas, which has secured its 26th straight winning season, enters the match having most recently derailed UAB, 3-1, on March 26. UNT has a balanced attack with seven different players scoring at least two goals, including co-leaders Allie Byrd and Berklee Peters at three goals each. Madi Starrett had made her contribution through passing with a team-best four assists.

Kelsey Brann has played the bulk of the time in net, recording four shutouts and compiling 17 total saves.

The match is the final one at home for UTEP, which will close out the regular season on the road before the Conference USA Championships. The Miners will make up the game at UTSA on April 5 before squaring off against Rice on April 8. The C-USA Championships are slated to run from April 13-17.

North Texas leads the all-time series, 7-1. Six of the eight games have been decided by one goal.