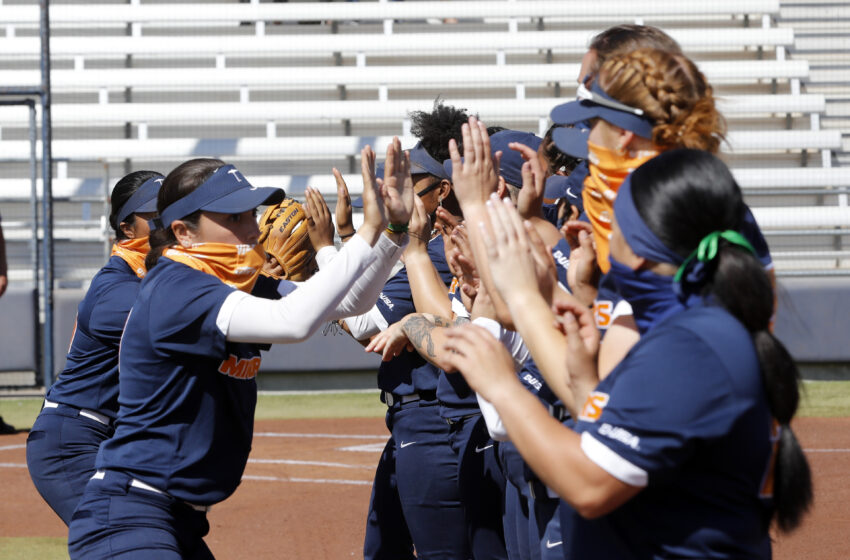 The Miners will be celebrating each of their three graduating seniors – Bryanna Molina, Macey Brown and Ariana Valles – following each game(s) of the series.

The last time out, the Miners won the final game, 7-4, to salvage its four-game series versus UAB last weekend. A seven-run fifth inning and five innings of shutout softball from sophomore pitcher Isabella Kelly propelled UTEP to the victory.

Six Miner hitters went to the plate with the bases loaded in the fifth. After sophomore catcher Karina Somoza singled to right field to give UTEP its first lead of the game, 4-3, freshman Anna Sample – who entered as a pinch hitter – drove in three runs with a bases-clearing double in the left-center gap to give Kelly three more insurance runs.

Kelly went on to throw back-to-back shutout innings to tally her third win of the season.

North Texas is riding a five-game winning streak with two of those games being victories over C-USA competition in UAB on April 3 by scores of 6-1 and 2-1, respectively. The Mean Green completed a three-game sweep of Arkansas-Pine Bluff on April 12.

In the series-opener versus Arkansas Pine-Bluff, senior pitcher Hope Trautwein tossed a seven-inning perfect game with every out she recorded being a strikeout, sending 21 batters down on strikes. Trautwein leads the conference in ERA (1.70), saves (4), WHIP (0.98), strikeouts (123) and is second in opponent batting average (.190). Trautwein is also first in the country in strikeouts per seven innings (13).

Trautwein’s teammate and No. 2 in the Mean Green pitching staff fifth-year pitcher Georgia Wall is second in second in C-USA behind Trautwein in ERA at 1.94. Collectively, North Texas’ pitching staff leads C-USA with a 2.10 ERA and a 4.98 strikeout-to-walk ratio.

The Mean Green are led at the plate by fifth-year outfielder Tuesday DerMargosian with a .389 batting average and Tayla Evans with six home runs and 20 RBIs.

North Texas holds the upper hand versus UTEP all-time with a 14-7 record versus the Miners. Dating back to 2015, each contest in the last five three-game series has been won by the home team. The Mean Green most recently swept the Miners in Denton, Texas, from March 16-17, 2019, by a run differential of +17 over the three-game span.

All games will be available for viewing on C-USA.TV.