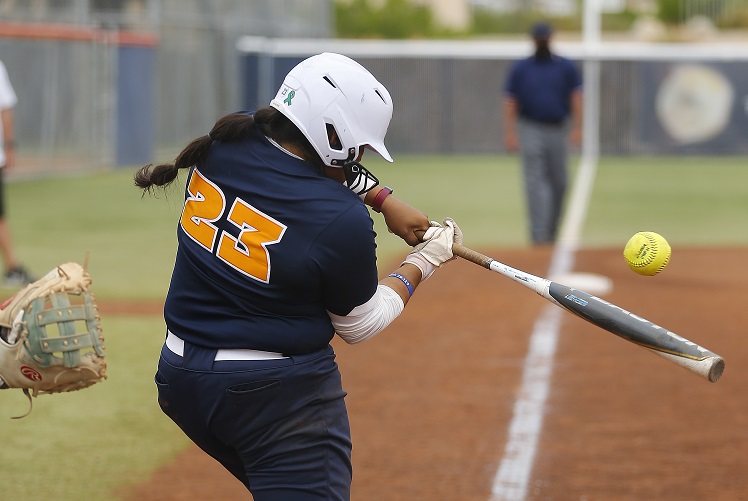 “Going into a weekend with the implications we have from a playoff standpoint, I think all three areas of the game, (fielding, hitting and pitching), are important for us,” head coach T.J. Hubbard said. “We’re going to have to hit well and hit with runners in scoring position. And defensively, we’ve got to minimize as many opportunities on the other side of the ball we can. Pitching wise, we’ve got to do a good job of keeping the game at a tempo we can control.”

The Miners need to win at least three games in the four-game set to both oust UTSA from the playoffs and contend for the one of the final two seeds against three teams in the East Division: Western Kentucky, FAU and FIU.

The Wild Card seeds are awarded to the two teams with the next-best conference winning percentage outside of the six automatic qualifying teams (three in the West and East Divisions, respectively).

Hubbard has found his go-to starter-reliever combo in the circle in sophomore pitchers Isabella Kelly and Zaylie Calderon. Over the past five games, Kelly and Calderon have combined for a 2.47 ERA over 28.1 innings. Out of the bullpen, Calderon leads the way with a 1.96 ERA in her past 10.2 innings pitched and leads the Miners this season with a 3.21 ERA.

“Those two kids have really stepped into those roles whether it be a starter or reliever,” Hubbard said. “They’re giving their teammates a chance to win every game when they step in the circle. I can’t speak enough for what they’ve meant for us for the last two-to-three weeks.”

In addition to UTEP winning at least three-to-four games at UTSA, at least one of the two scenarios from each series below, respectively, must happen in order for UTEP to both avoid any tiebreakers as well as earn a spot as a Wild Card in the C-USA Tournament from May 12-15.

Western Kentucky vs. Florida Atlantic (May 7-9)

Last time out, the Miners won their final non-conference game of the season versus Utah Valley, 10-9, last Sunday. Sophomore catcher Karina Somoza turned in a career-high five-RBI performance behind the first homer run of her career – a three-run shot in the second inning to score UTEP’s first runs of the game.

The Miners would hold the lead the entire game.

The Miners had their first and second batter from innings two through four reach base safely via a base hit or walk. The leadoff hitter in each of those innings would score.

After the Miners scored on an error by the Utah Valley first baseman, Somoza stepped to the plate with the bases loaded and singled to center field to stretch the UTEP lead, 7-1, and push her RBI total to five. Senior infielder Ariana Valles capped off the Miners’ scoring run with another sacrifice fly. UTEP would have four total sacrifice flies in the contest – two of which belonged to graduate infielder Bryanna Molina.

Junior infielder Kasey Flores logged her seventh homer of the season in the bottom of the sixth with what turned out to be a much-needed insurance run, 10-5.

The Wolverines chipped away at the Miner lead in the seventh inning with four runs until Kelly recorded the final out on a groundout to shortstop Pate Cathey.

UTSA is on a ten-game losing streak after dropping two non-conference games and getting swept by UAB and North Texas in its last two C-USA series. The Roadrunners have not won a game since April 11 when they finished their sweep of Southern Miss with a 7-2 victory.

Similar to UTEP, UTSA only won one game in its LA Tech series in the beginning of April.

Entering this weekend, the Roadrunners rank last in C-USA with 3.35 runs per game and a .228 batting average as well as second-to-last with a .324 on-base percentage. However, UTSA ranks third in the conference with 37 homers.

In the circle, UTSA owns the eleventh-best ERA at 4.67.

The all-time series rests in UTSA’s favor with a 15-10 record against UTEP. The home team in the last two series has won two out of three games. The Miners are 4-8 when they play the Roadrunners in San Antonio.

SCHEDULE – All games will be available for streaming on C-USA.TV.